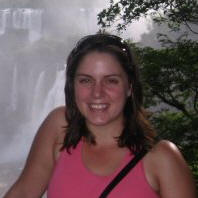 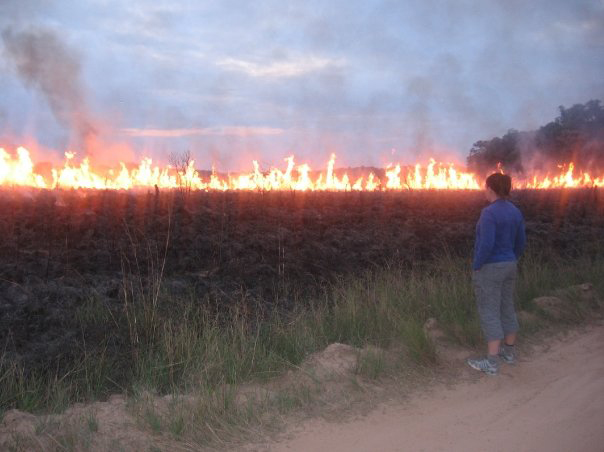 Ultimately, the long-term goal of my PhD research is to contribute to our understanding of how fauna, in particular bees, respond to fire. The response to fire by plant species is well known. Clarke (2008) discusses the importance of fire in ecosystems worldwide and cautions' meeting the needs of plant species alone to manage fire dependent ecosystems. In comparison to the number of studies that have reported the impacts of fire on plants, the number of studies that have investigated how fauna respond is much less. This is alarming since so many land managers believe that fire increases biodiversity in a habitat, yet the evidence for this is generally lacking.

The response to fire by pollinators, particularly bees, has rarely been examined worldwide. Surprisingly, even though fire has been re-introduced to oak savannah habitat, the effects have not been studied, until recently. Taylor (2007) examined changes in bee communities over a 20-year period in 3 oak savannah remnants in Southern Ontario. Results show that after a fire, bee communities responded rapidly to the changing habitat conditions. Post fire bee communities were higher in diversity, however this increase in diversity was short lived.

The purpose of my current work is to provide further insight into how bee faunas respond to fire, examine how bee communities re-colonize a habitat after a fire, assess whether fire is a positive or negative disturbance to bee communities overall and whether it impacts different guilds, or species within a guild, in different ways. While my MSc research examined impacts on samples collected based on historical fire events my PhD will be the first research, which investigates the impacts of fire on bee communities experimentally. This work will be done by conducting controlled burns within an experimental design framework. A controlled burn plan was established in conjunction with the Ontario Ministry of Natural Resources in oak savannah sites that have never been burned. 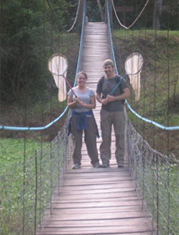 Whatever Sean is making! 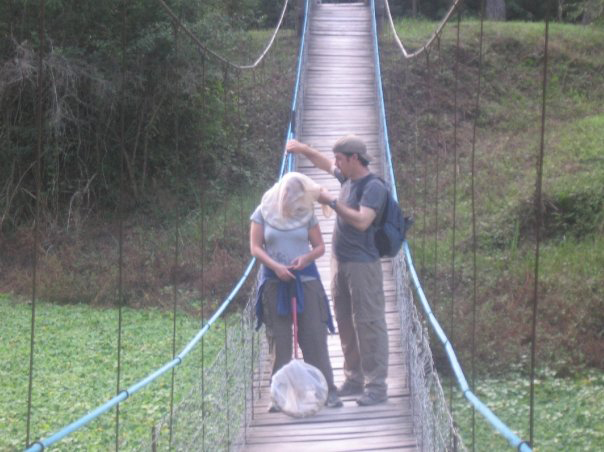 I was collecting in Southern Ontario (Turkey Point to be exact) one afternoon in July 2008 and after lunch I thought I would check out my pan traps and see if they had caught anything in the morning. I was just about finished checking the traps when I heard a rumble behind me. Not taking it serious at all, I continued checking my traps when all of a sudden a giant turkey came out of no where and chased me and pecked my behind as it was chasing me! I was screaming so loud in the park that the superintendent heard from his office and came to find me. I was OK until the next day when I returned to the lab and could not sit down for my lower half was extremely sore. So yes, I was attacked by a wild turkey in Turkey Point checking pan traps.