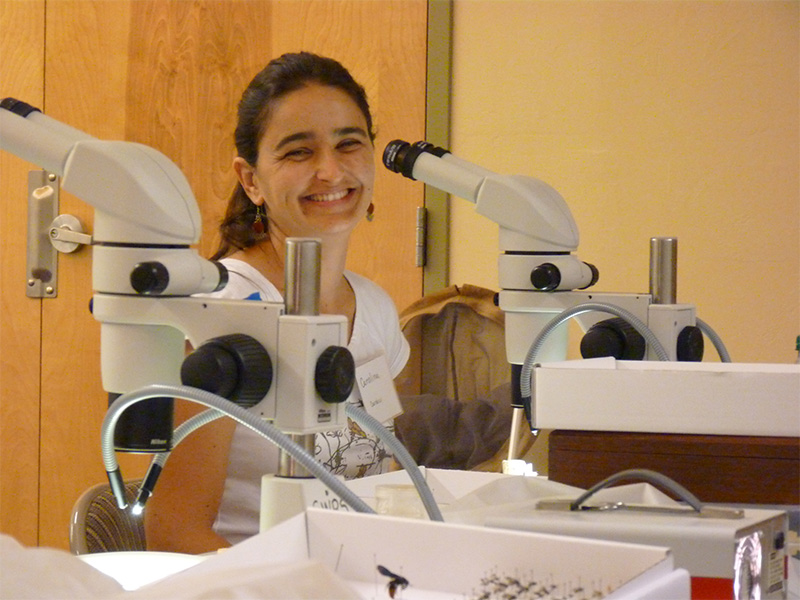 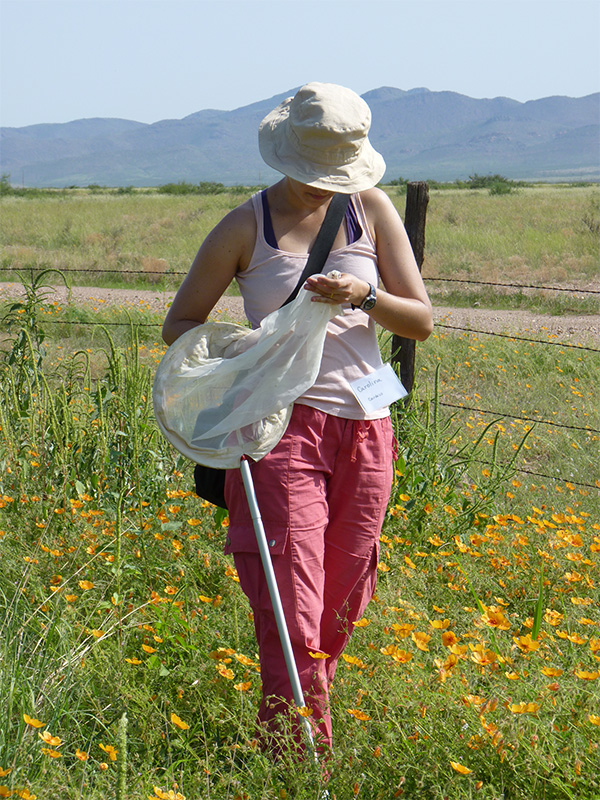 Carolina is a Brazilian biologist and her main research interests are in bee’s ecology and conservation, diversity, pollination, biosecurity of genetic modified plants and phylogeography. During her PhD, her thesis focused in the interplay between geography, habitat and species boundaries of Euglossine, a Neotropical group of bees known as "orchid bees". In 2011, she was awarded with a Canadian scholarship from the Emerging Leaders in the Americas Program and developed part of her project at York University, co-advised by Dr. Laurence Packer. The six months visit at Packer's Lab contributed considerably to her research, during which she could visit different museums in Canada and USA, where she obtained specimens for her project. At York facilities, she was trained in DNA barcoding methodology. Previously she worked in a cotton biosecurity project in collaboration with Dr. Carmen Pires (Embrapa/Cenargen) and studied the breeding system, floral biology and the bees which visit cotton flowers, studying their behavior in flowers and trying to find out which are the main pollinators of the cultivated cotton (Gossypium hirsutum) in the central region of Brazil. During this period, she had the opportunity to work on large cotton farms in contrast to natural environments at ecological transition zones between Atlantic Forest and Cerrado (Brazilian savanna) in Southeastern Brazil, where she developed her undergraduation project. She has been advised since her undergraduation by Dr. Fernando A. Silveira, who taught her different methods of bees surveying in the field (hand nets, trap-nests, scent traps) and how to identify and organize them in scientific collections.