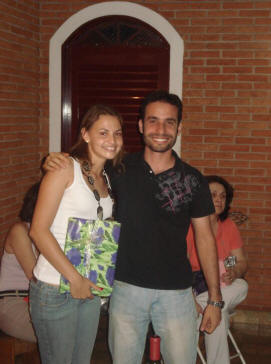 I was always interested in studying the ecology of solitary bees and their interactions with natural enemies, essentially the cuckoo bee species. Since my graduation I have been investigating the nest biology and the ecology of bee species of different tribes (Centridini, Tapinotaspidini, Euglossini, and Tetrapediini). In spite of my interest in the ecology of bees I realize that it is extremely important to study their taxonomic status, which is poorly known when considering the Neotropical species.

The taxonomy of several genera of cleptoparasitic bees is scarce and even the speciose, cosmopolitan genus Coelioxys has been poorly studied, mainly regarding the tropical subgenera. My current research involves the revision of the subgenus Coelioxys (Rhinocoelioxys); a Neotropical group in which females have clypeus variously modified. 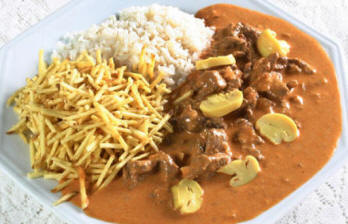 Heat olive oil and fry onion slices until translucent. Add the beef and season them with salt and ground black pepper. Melt butter and fry the beef until brown. Pour in cognac and cook until the alcohol is totally burned off. Add tomato sauce cans and cook for a couple of minutes. Add canned corn, sliced mushrooms, and sliced heart of palm, stirring about 3 minutes. Add cream and cook for a couple of minutes. Serve with rice and mashed potatoes or shoestring potatoes. 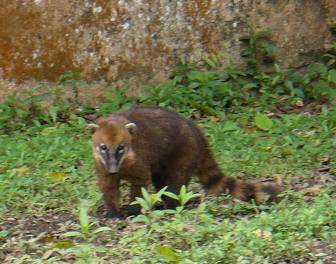 I studied the ecology of orchid bees at the Anchieta Island from August/2007 to July/2009. This island is known because it was built there a Correctional Facility in 1904 and after a riot in 1952 with several killed people the jail was disabled and its ruins remain as a touristic and creepy attraction. Besides, during the 80s, many mammals (capybaras, agoutis, coatis, marmosets, armadillos, etc) were introduced and the populations of some of those species have grown tremendously. Coatis are commonly observed in the island and they can be very tricky.

During the second year of study my collects there were performed behind the ruins of the Correctional Facility. I hung the scent baits to attract orchid bee males in this area and waited when they approach and gather the aromatic compounds to collect them. I let my material and food in a small, decaying guard post. That day was pretty cool and I was quite hungry and couldn't wait till lunch time. When it was 12:00pm and the bees' activities had decreased very much I went straight to the guard post to take my lunch. I was just arriving and I saw four coatis taking my lunch (sandwiches, pastries and even a small juice box). The only thing they left behind was an apple. They were pretty fast and as there was no place in the island to eat I starved all day long. When I just reached the mainland I went to have dinner around 5:00 pm and ate as a truck driver. Since that episode my tool box was used to keep my lunch in and locked up and my field trip materials were supposed to be carried in a bag since they wouldn't be eaten by the bloody coatis.