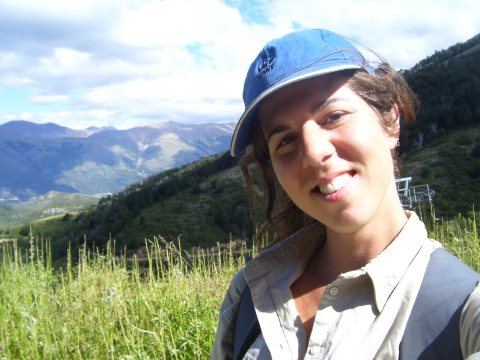 The main goal of my PhD research is to propose a phylogenetic hypothesis to understand the evolution of social behavior in the basal clades of augochlorine bees. In my thesis I will integrate data from different sources, as this seems to be the most accurate method to answer questions of this nature.

My study is focus on two South American bee genera: Halictillus Moure which contains six species (González-Vaquero, 2010), and Corynura Spinola which comprises about 22 species so far. Some species of Corynura inhabit the humid woods near The Andes in Southern Argentina and Chile, while other ones are endemic to semi-arid areas of Central Chile. Halictillus has a wider distribution, with a species reaching Southern Brazil. The taxonomic revision and an identification key to the species of Corynura will be very useful in pollination studies carried out in Argentina, as these species tend to appear frequently in ecological surveys. The results of a phylogeny based on morphological characters for both genera will be analyzed with biological data (nesting architecture and social behavior) and DNA barcoding.

My stay at Packer's Lab is contributing considerably to my research, adding a lot of material and many new species to the revision of Corynura. The field trips performed so far to several areas in Argentina have contributed to the knowledge of the argentine wild bees, as well as to enlarge the collection housed at the Museo Argentino de Ciencias Naturales "Bernardino Rivadavia" in Buenos Aires.

Pour all the ingredients in the blender, blend for 5 minutes and it's done! No everlasting waiting as it happens with other liquors! Best "on the rocks". 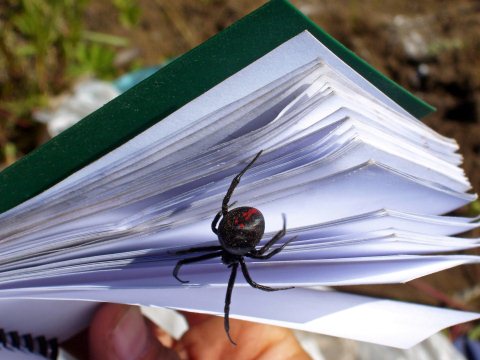 In 2007 I was digging nests of a species of Corynura with Anne-Isabelle Gravel at an experimental station in Northwestern Chubut (Argentina). It was a Sunday so no one was working at the station, and we were an hour-walk from any sign of human kind (a very tiny village called Aldea Escolar). So we were there lied on the ground, facing the nests and digging, all covered by soil, and suddenly this great spider appeared walking near us...

"Wow look at that! Is it not a black widow?"

So Anne took a small notebook to get the spider and I took some pictures while she moved the notebook and the spider walked all by to get the perfect angle... then we set her free and she left us happily after all the harassment. Then I showed the pictures to my arachnologist friend Facundo Labarque, who told me "What a nice Latrodectus!!". But the risk wasn't in vain, this picture was one of the five winners at the VII Congreso Argentino de Entomología!