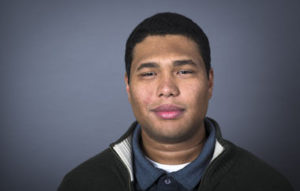 In a recent CBC article, Visiting Scholar at the City Institute Darnel Harris (urban planner and executive director of Toronto-based mobility advocacy group Our Greenway) detailed the alternatives that exist for commuters as they begin returning to work in the wake of provinces across Canada slowly relaxing their physical distancing rules. Harris argues that among the alternatives to both public transit and travelling in high-emission vehicles, consumers might consider electric bikes.

E-bikes, which are electrically assisted bicycles that range in price from roughly $1,500 to $9,000, are both a cheaper and greener alternative to car travel. They can often hit speeds of 25 km/h, and give people a way to avoid crowded buses and trains as they begin to return to work in the wake of provinces across Canada slowly relaxing their physical distancing rules.

Harris claims that electric bikes allow " people to go further, easier, and expands their access to things in an efficient way, especially within a suburban area, where things are more spread out."

As e-bikes have gained a foothold abroad in places such as the Netherlands and China, Harris claims that we are also seeing a surge in demand in North America as well. In the U.S. for instance, sales increased by 85 per cent in March, according to the New York Times. In Canada, it also appears that businesses are struggling to keep e-bikes in stock.

That said, even as there is a possibility of e-bikes becoming commonplace in Canada, there remain a number significant hurdles. Harris said the federal government currently has insufficient safety standards in place, while Transport Canada proposed dropping all regulation of them in 2018. In order to address some of these concerns, Harris thinks that definitions and regulations around e-bikes need to be updated before they'll be widely adopted in this country.