Graduands of the Faculty of Education were reminded of the importance that inclusiveness will play in order to restore, reinforce and build trust in Canadian society by the 28th and present Governor General of Canada David Johnston during convocation ceremonies on June 22. 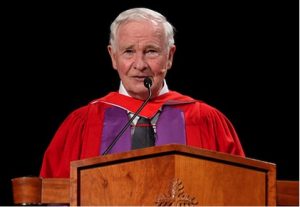 Johnston, who received an honorary doctorate of laws degree during York University’s tenth convocation ceremony, told graduates that “education is a sacred trust” and that as future educators, they need to make trust building a central part of what they do in order to make society a better place.

The motto on Johnston’s coat of arms reads Contemplare Meliora, meaning “to envision better things” − a sentiment clearly evidenced by his dedicated service as Canada’s current Governor General and as a professor and university administrator. After teaching law at Queen’s and the University of Toronto, he became dean of Western University’s law faculty in 1974. From 1979 to 1994, he served as principal and vice-chancellor of McGill University.

In 1999 he became president and vice-chancellor of the University of Waterloo, a position he held until 2010 when he was appointed as the country’s 28th governor general. In that role, he has focused on strengthening the pillars of philanthropy and volunteerism, learning and innovation and families and children and launched new initiatives, including the Governor General’s Innovation Awards and My Giving Moment, a national initiative to encourage Canadians to give back to their communities. He is also a Companion of the Order of Canada.

During his remarks, Johnston shared the recent findings of the Adelman Trust Barometer – a global study that looks at public opinion on the subject matter of trust. Results of the study indicate that ‘trust’ in governments, institutions, leaders, and businesses was at an all-time low not only around the globe, but also here in Canada. He told graduands that “trust is the glue that holds us together as a society”, and encouraged and challenged them to not become complacent and to take the path of inclusiveness in order to restore trust in society.

“How do we reinforce professionalism in education and through education in order to re-establish trust?,” Johnston posed. “This is a defining challenge for educators, and the well-being of the many and not the few must be at the heart of our re-definition. Greater inclusiveness is the path that we must take to renewal because in times of change, it is our values that will lead us towards the smart and caring country that we desire.” 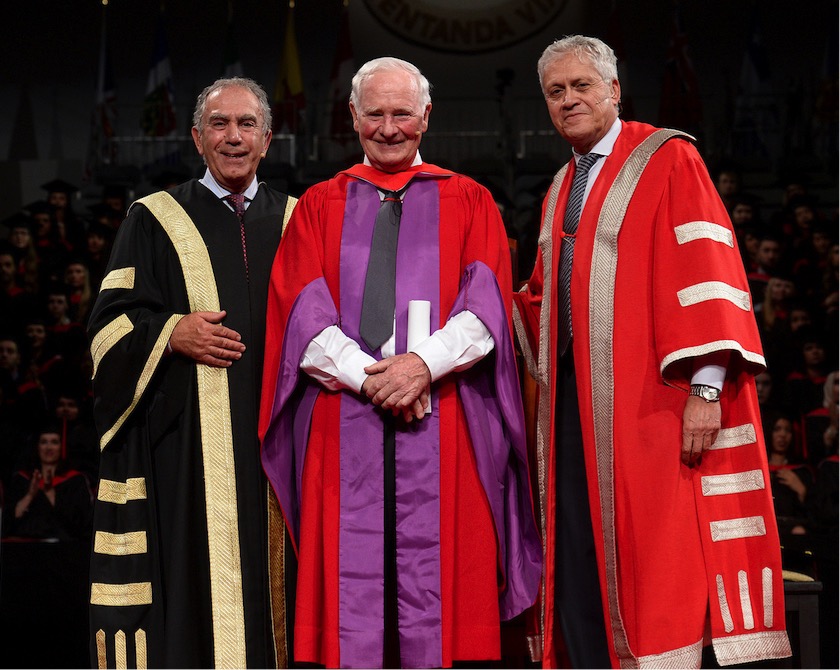 Johnston referred to York as a prime example of inclusiveness and highlighted the University’s work in the area of Indigenous education in response to the Truth and Reconciliation Report. His comments were timely, as the second graduating cohort of the Faculty’s unique MEd in Urban Indigenous Education program – a collaboration with the TDSB Indigenous Education Centre in response to the need for knowledge and understanding of First Nations, Métis, and Inuit cultures, histories and perspectives – were also being celebrated for their accomplishment.

In closing, Johnston told the graduating class that trust building means that they are being called to an era of civic engagement and need to play their part.

“As educators, think about the glue that holds us together and make trust building a central part of what you do,” he said. “This is a challenge but also an opportunity because those that lead in establishing trust will help Canadian society to thrive in the years to come.”