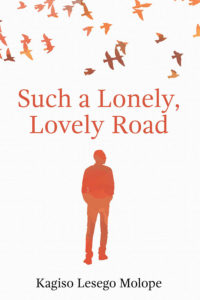 Kagiso Lesego Molope visited the Canadian Writers in Person series at York University on Nov. 5 to talk about her latest novel, Such a Lonely, Lovely Road. This book shows us that, as Molope said, “through stories we can travel the world” and understand the experiences of other people.

Winner of the 2019 Pius Adesanmi Memorial Award for Excellence in African Writing, Such a Lonely, Lovely Road is a love story between two men who have to struggle against many societal obstacles to be together. “One of the most important things for me in writing this story was humanizing these two gay men and making them as relatable as possible,” said Molope.

The journey of this novel started years ago, when Molope was living in South Africa, and, for her university thesis, she interviewed gay men about the de-segregated gay spaces that existed at night in urban places. “Even though it was a very segregated country, there were places where gay people of different communities met and interacted… I wanted to write about these different areas where people came together and then came apart,” she said.

The author explained that when she writes fiction, “a character comes to me, and I follow them around to see where they will take me.” Sediba (the lover character in Such a Lonely, Lovely Road) came to her very vividly, and she knew he was in love, but didn’t know with whom, at first.

Molope said that in this book she wanted to explore what it took for a man to feel like an outsider. The protagonist of the novel, Kabelo Mosala, is adored by his parents and by the whole community he lives in; the best is expected of him. And yet, he feels that this adoration is predicated on him being the person that they see in him. That is why he struggles with coming out and losing his position in their eyes.