Frying Plantain, published in 2019, is Zalika Reid-Benta’s first book, a collection of beautifully interwoven stories that took 10 years to write. The stories focus on the protagonist’s experiences growing up, from seeing a pig’s head in a freezer in Jamaica at the age of ten, to exploring her black identity as a teenager in Toronto’s Eglinton West neighbourhood, “Little Jamaica.”

The author talked about her writing process, explaining that everyone’s process is different, and that she does what works for her. “When I write, I start up with dialogue. I don’t have a theme or a story in mind to start with… Dialogue comes, I write it, and then I just figure it out from there.” She also said that she finds talking to other people (friends, family, mentors) helps her crystallize what she’s writing about and what her themes are. 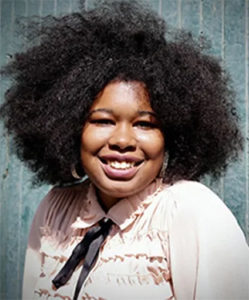 Reid-Benta told the audience at York that in this book she wanted to pay homage to the Toronto she grew up in. But these stories are some, among the many other stories that exist in Eglinton West, she clarifies. “I didn’t want to be a spokesperson for the neighbourhood because there are just so many stories there.”

The stories in Frying Plantain explore complicated mother/daughter relationships and black identity in Canada. Having grown up without seeing her own experiences represented in Canadian literature and TV, Reid-Benta wants readers to get a sense of being seen, “a sense of community, a sense of connection to other people, to the characters.” And her characters are certainly engaging and relatable.