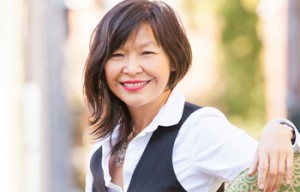 Carrianne Leung visited York University on Feb. 11 as part of the Canadian Writers in Person reading series. She talked about her collection of linked short stories, That Time I Loved You.

Set in 1970s Scarborough, That Time I Loved You is about "settlement in the suburbs," said Leung. She remarked that Scarborough is often portrayed in the media as a criminalized and racialized space, and she wanted to portray it how she remembers it being when she was growing up there.

Leung said she did not want to write 'immigrant literature' about a new immigrant overcoming adversity and making it in Canada. Instead, she said "I wanted to portray what it means to be together—all of us in this space. I wanted to talk about surprises and the kind of friendships that form among people here."

The book’s beginning was when Leung wrote a story titled "Grass," which she thought initially would grow into a novel. She said that she was then “inspired by the way stories can produce different gazes of events,” and ended up writing a collection of linked stories instead. “When you’re writing, you can’t dictate the form. The story will show you the form.

"I’m the kind of writer who discovers while writing," Leung said. "When I’m writing, I don’t often know what will happen. The characters dictate what happens."

That Time I Loved You allows the reader to get close to a number of characters and get a glimpse into their lives in a Scarborough new subdivision with its promises and its hidden sadness.

The next writer to visit York as part of the Canadian Writers in Person reading series is E. Martin Nolan with the collection of poems Still Point, on March 3.

Readings are free and open to any member of the public. For more information, contact Professor Leslie Sanders at leslie@yorku.ca or Professor Gail Vanstone at gailv@yorku.ca. All readings are held Tuesdays from 7 to 9 p.m. in room 206, Accolade West Building, Keele Campus.