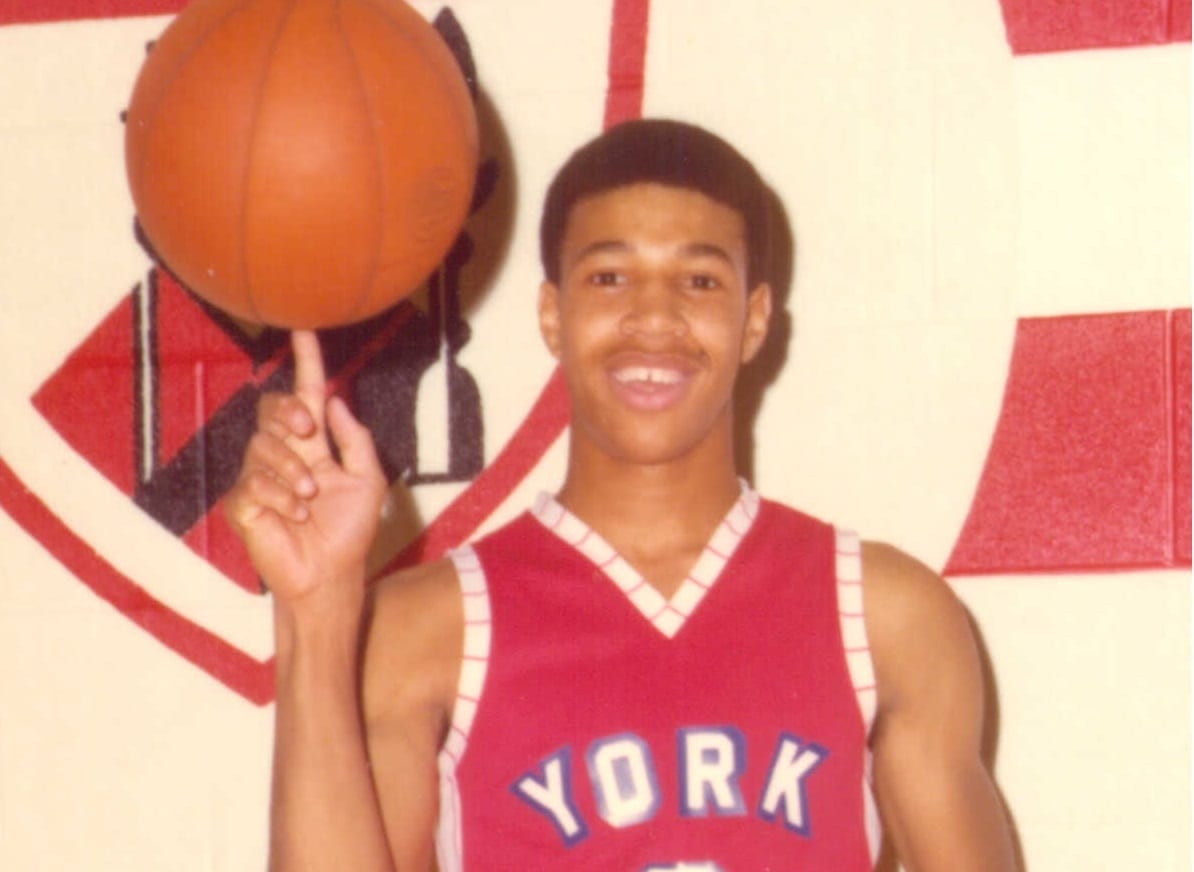 “When I was younger I had skipped a grade, so when I graduated from Oakwood Collegiate Institute in Toronto, I was a year younger than the rest of the graduating class. Not only was I leaving high school at 17-years-old, but I hadn’t hit my growth spurt yet, standing at 5 foot 8. Coming to York University and having not been recruited, I spoke with future Hall-of-Fame Basketball Coach Bob Bain. I shared my interest in trying out for the team. After saying that I played at Oakwood, which had been (and still is) a basketball powerhouse in the city, he replied ‘I saw them play and don’t remember you playing.’ Not shocked by that answer I replied, ‘well that’s because I was a bench player, and occasionally didn’t dress for games.’ Bob, recalling a conversation with the Oakwood coach saying that I would be coming to York, asked ‘what’s your name again, Paul Ford?’ I replied, ‘it’s Paul Jones,’ Bain replied ‘ok, tryouts are Tuesday.’

Coach Bain and I laugh about it now, but that really set the tone for me. I wanted to play basketball and believed I had the skill to play at the next level but had to work extremely hard to earn a spot on the team. When I started playing for the Lions in my second year, I had hit my growth spurt and stood at 6 foot 1. Our team would later go on to win three provincial titles (1977-78, 1979-80 and 1980-81), earned two national championship bronze medals in 1978 and 1979, and I was awarded the Kitch McPherson Trophy as the most valuable player of the Ontario championship game in 1981 as well as earning two provincial all-star honours in 1980 and 1981.

Now in my professional life as a sportscaster for the Raptors, I bring that same athlete mentality from when I was a 17-year-old competing for a spot on the basketball team. As a broadcaster, you must practice, be prepared, take your chances, and control as much within your power. Each game I prepare for over four hours before tipoff, learning names, stats, pronunciations, and other situational information. For example, I want to know with two minutes left, what is the team’s record? Are they going to foul? What are their average free throw attempts? These are all things I look for, and some people think I am crazy or a numbers guy gathering all this information. This industry loses a lot of people who are not willing to grind.

This is why we celebrate black history month, because it gives us a chance to celebrate the success of minorities in the past and inspire today’s youth. In my sense, act as a type of role model where I can say I did not walk into my career or accomplishments, I had to work hard for it. It is fun when you are covering the conference finals, but are you going to bring that same energy and preparedness to a mid-week game against a low seeded team? Or work your way up by carrying the cameraman’s bag, writing the highlight mix or holding the reflector board.

In my personal life, Lisa who’s also a graduate of York, and I have taught our kids that same mentality. My son and daughter are now both enrolled at York and were looking to play volleyball for the Lions, and through hard work have become integral parts of each varsity team. They both were not given anything and had to work for all their success.”

Paul Jones is a current sportscaster for the Toronto Raptors and a graduate of York University, earning a BSC (Honours), Physical Education in 1980. He is also a member of the York University Athletics Hall of Fame being inducted in 2009.