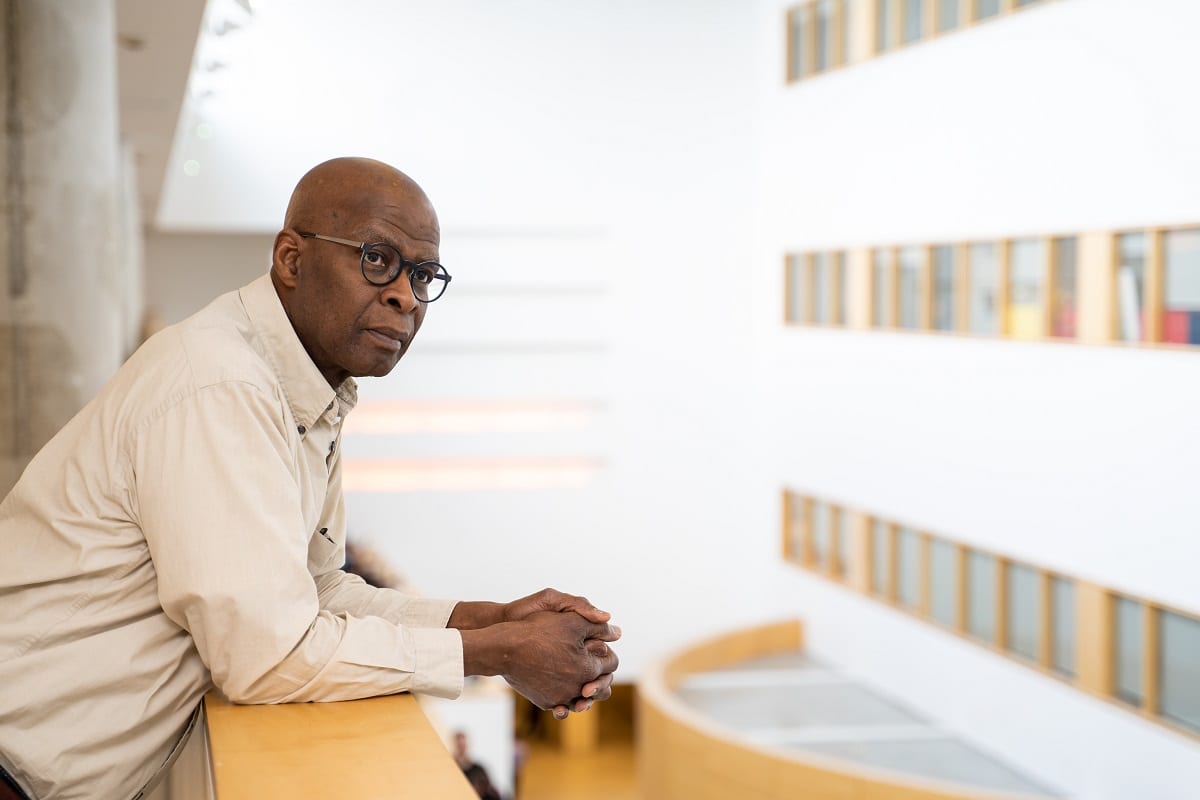 "Community plays a significant role in our lives and in our educational pursuits. Hence, the questions which we pursue in our teaching, service work, and/or are informed by the community to which we belong or with which we identify. So, it is understandable that my entry into sociology, in part, would be inspired, my questions as a young person, and of course, my interest in addressing the issues and problems affecting the lives of people in the communities with which I was community affiliated and worked

My early sociological work explored the ways in which culture -- particularly that of the society – shapes and is shaped by individuals. Particularly, interesting to me was to critically examine how “race culture” operates in sociological thinking to obscure the ways in which race operates in Canadian society as a barrier to the full participation of racialized and Indigenous citizens. Hence, I wanted a sociology that brought awareness to inequity, was cognizant of privilege and power, encouraged appreciation of our responsibilities to our own and wider communities as scholars, and inspired critical consciousness of the dominant culture.

The fact is, in Canada, race matters, and is often used to define a person, but to establish social location and opportunities.

In this regard, my early questions in sociology explored issues pertaining to Black and other racialized youth noting how their experiences as new immigrant operated in their settlement, schooling and educational patterns. And I also explored the role of community in the lived experiences of young people living urban and suburban communities.

In my work on university, and having recently completed a national study – published in The Equity Myth: Racialization and Indigeneity at Canadian Universities – with colleagues Frances Henry and Enakshi Dua, York, Audrey Kobayashi, Queen’s, Peter Li, Saskatchewan, Howard Ramos, Dalhousie, and Malinda Smith, Edmonton, there is clear evidence for the work I do supporting equity and inclusivity programs in universities. These programs must to promote recognition of how racialized faculty members advance the scholarship of institutions, utilize innovative pedagogical approaches to teaching, enhance academic programming. assist in student recruitment, engagement and retention, and contribute to the building of university-community partnerships.

Indeed, universities stand to benefit substantially from a diverse faculty. The presence of racialized faculty members demonstrates to the Canadian public the universities’ responsiveness to the educational and research needs, interests and aspirations of all Canadians – a truly important commitment to marginalized people whose tax dollars finance these institutions.

Social scientists who work with marginalized and racialized people have a responsibility to challenge how the prevailing notions of democracy, fairness, meritocracy, multiculturalism, colour-blindness, and neutrality serve as barriers to their realization of equitable treatment and outcomes.

Some four years into my teaching at York, I was invited by colleagues from the Teacher Training Department of Uppsala University in Sweden to teach a course to student teacher there on cultural diversity – or as they named it, multicultural education. It was a time when a Sweden was seeing a surge in their immigrant and refugee population. For 17 years, I taught that course annually to Swedish and later international students.

I contend that until we have racialized scholars studying and writing about their lives and of their communities, then the stories proffered will always be incomplete and told from an outsider perspective." – Professor Carl E. James

Carl E. James holds the Jean Augustine Chair in Education, Community and Diaspora in the Faculty of Education; and is also the university’s Affirmative Action, Equity & Inclusivity Officer. He holds cross-appointments in Graduate Programs in Sociology, Social and Political Thought, and Social Work. James’ research interests include: examination of how race, ethnicity, gender, class and citizenship/immigrant status intersect and mediate accessible and equitable opportunities and outcomes in education and employment for racialized youth – Black youth in particular. In 2017-2018, he was one of six education Advisors to the Ontario Minister of Education and Premier. He was awarded an Honorary Doctorate from the University of Uppsala, Sweden and is a Fellow of the Royal Society of Canada.