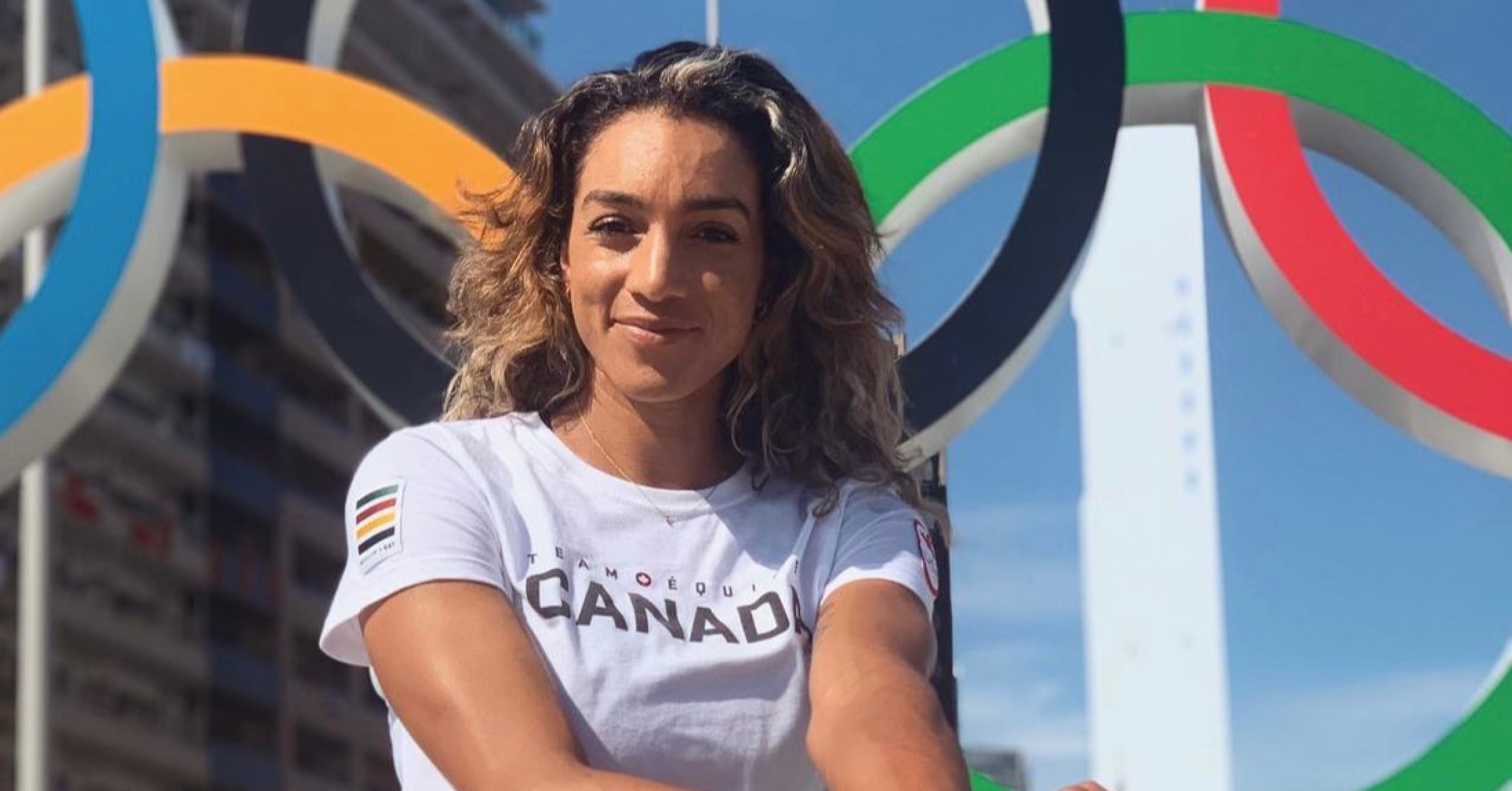 York: What is a defining moment in your life that has shaped your path?
Brandie: I think one of the defining moments that has shaped me in volleyball specifically, was attending the 2016 Olympics as an alternate and practice player. I was able to experience the Olympic Games with the top team in Canada, train with them, and get to know them better. It made me realize what it took to become an Olympian.

I hadn't really thought of being an Olympian as a goal until later in my career. And probably more recently, only because my goal setting was always one step at a time. It was just raising the bar every time I achieved a goal, and eventually, becoming an Olympian was just the next big goal that I wanted to accomplish, for a multitude of reasons. It was just a natural evolution to the things that I wanted to continue to challenge myself in.

York: Why did you fall in love with the sport of volleyball?

Brandie: I fell in love with volleyball because of the different dimensions it has. Not only pushing you to your physical and mental potential, but how it relates to applying some character traits that you learn into the real world.

And the sport is so interesting because its aim is to find your weaknesses and expose them. You're standing there very physically vulnerable, just wearing a bikini out in the sun or the elements, and in terms of tactic, what teams are trying to do to you, you learn a lot about yourself.

Volleyball pushes me beyond my limits and opens up doors that I didn't know were an option for me. I love the experiences, the lifestyle, the traveling, and the amazing people that it brings together.

York: How has York shaped your path, both from an athletic and academic sense?

Brandie: York really provided me with a foundation in volleyball. I was extremely new when I started playing, and it gave me the confidence to become a great player. I built a lot of amazing friendships within the team and made memories that will last forever. I was grateful to go to York and be in a program that I loved, play the sport that I love, and build a community.

York: Is there a memory from your time at York that stands out to you?

Brandie: One of the standout memories for me was my first year, my rookie year. Just the spectrum of emotions that I had from starting on the team, not even knowing if I was going to make the team, to ending off as rookie of the year.

It was an eye-opening experience. Some of the friends I still have today, I met in my rookie year. We all melded together really quickly and built this great team and grew together.

York: What piece of advice you would give to a rookie coming in as a York lion?

Brandie: Surround yourself with people who are pursuing the same goals as you. For me, it was beneficial to have friends that valued academics. We would carve out time as creatively as we could, to study together, work together, and also train and practice. It is much easier when you're doing it in a group.

The other thing is to take risks and try new things. You never know where it's going to take you. I'm a firm believer in just being bold and going for it.

York: You are passionate about social justice and gender equality. Can you talk about why that's important to you and the ways you’re creating positive change?

Brandie: It's important to me because I care about people. I care about the relationships I have with the people I'm closest with, and with strangers. I mean, we make our own experiences, and we teach the future generations how to love deeper and connect better.

I represent and have personally experienced injustices, being a woman of color, and an immigrant. I understand how life isn't always fair and that there are challenges. But there is a lot of beauty in this world.

I've had a lot of in-depth and personal conversations with my peers. I've been very open and wanting to learn from, as well as teach anyone that's willing to hear. So I think the first thing is just being really open and real about things and having hard conversations with people.

I also try to give back to the communities that I've grown up in. I grew up in Rexdale, Etobicoke. I went to camp there, and I've tried to go back and volunteer my time, and it makes me happy to see that they're still running the same programs there. I also buy local products, support local, and BIPOC businesses and companies.

At the end of the day, we all can be a part of this movement by, making very small changes.