With two well-received documentaries under his belt, Professor Patrick Alcedo has proven his ability to tell an evocative and unforgettable story. He sits down with Brainstorm to talk about his documentaries, which showcase Filipino culture, empower the underprivileged and, in his own words, “grip the heart.”

After choreographing a Filipino dance extravaganza at York University as part of the CRAM Festival last spring, Professor Patrick Alcedo was anxiously watching his dancers perform from the front row, off to the side. And then he joined in on the final number. The passion and skill of this postcolonial scholar, dance artist and award-winning filmmaker truly radiates.

This translates into film. Alcedo, in York’s University’s School of the Arts, Media Performance & Design (AMPD) for more than a decade, certainly knows how to tell a story that captivates audiences through unvarnished beauty and powerful messages.

Two documentaries – A Piece of Paradise (2017) and Dancing Manilenyos (2019) – have put him on the map of filmmakers to watch. The more recent film earned an Award of Recognition from the Hollywood International Independent Documentary Awards and was selected to be in competition at the 2019 Diversity in Cannes Short Film Showcase during the Cannes Film Festival.

Alcedo sits down with Brainstorm to discuss what inspires his work, what he hopes to convey through his documentaries and what’s next for this accomplished scholar.

Q: What drives you to find and tell these stories?

A: I have always been fascinated with the power of film. Way back, as a young faculty member at the University of the Philippines, I would watch films by directors like Pedro Almodovar, Lino Brocka and Zhang Yimou. As much as their films are fictional, they indicated to me the immediate impact of films on their viewers. 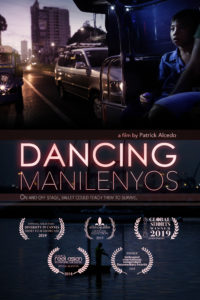 Such immediacy drew me to go into documentary films, a genre that fits my training in dance ethnography like a glove.

Since I am an ethnographer, I conduct fieldwork. When I find stories that speak to larger realities, I do not hesitate to reorganize my life to make documentary films around these subjects.

A: Since my primary method of research is fieldwork, I live in communities where I conduct research. It is amazing how many inspiring and inspired stories I encounter through that living.

I start conceptualizing my documentary films in the field. The first step is pre-production, where I do quite a few on-camera interviews with individuals who I envision will play key roles in the film.

The second step is production, which could take three to four years of intermittent filming. Here, I work closely with a videographer who has a keen understanding of ethnographic work. With me doing the audio or, at times, the second camera, together we patiently follow the lives of film “subjects” or cast members. Establishing rapport is key for me. There are times when I just hang out with them – a “deep hanging out” in an anthropological sense.

The final step is post-production, where I work closely with an editor to piece the story together. I do the subtitling myself.

Q: Your movies shine a light on Filipino culture but also contain universal themes. What are you trying to say to audiences?

A: I have always been drawn to issues around marginality. Thus, my films tend to focus on groups of people who are underprivileged as a result of class disparity, ethnocentrism, and myopic understanding of the complexity of gender formation and choices.

As a scholar, dance artist and filmmaker who has experienced discrimination first-hand, I purposely employ my works to empower the powerless – to redress unfair practices and rectify essentialized notions of what it means to be human.

I am a postcolonial scholar, someone who was born and raised in the Philippines – a country that was formerly within the domains of the Spanish and American empires. And thus, the ability of people to take ownership of, to localize, foreign elements introduced or forced upon them is running through my works.

What I am trying to say in my films is this: if one zooms into people’s everyday lives and their attendant cultural dance practices, one can spot many instances of agency – that is, the capacity of individuals to act independently and to make their own free choices. These are the moments about which I care the most. 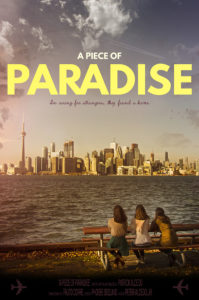 A poster for A Piece of Paradise

Q: Why do you think your films resonate so profoundly with audiences?

A: I think my films speak to universal issues that matter regardless of race, ethnicity, nationality, class background etc.

In A Piece of Paradise and Dancing Manilenyos, I, respectively, tackle the topics of emotional labour among Filipino caregivers in Toronto and of the incredible potential of dance to fight poverty and to choreograph against elitism. These themes resonate with viewers because they are moved by stories that grip the heart, striking chords of emotion and empathy.

Q: How has York supported your work?

A: If not for York University, I truly believe it would not have been possible for me to do my documentary films. The writing of my grants was carefully vetted by highly competent research officers. As a member of the York Centre for Asian Research, I received a Publication Fund to finish the post-production of Dancing Manilenyos. AMPD and the Department of Cinema & Media Arts sponsored the free use of colour correction and sound design suites. My own Department of Dance has always supported my films and created a conducive environment for filmmaking. 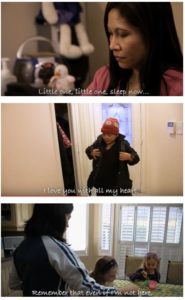 Scenes from A Piece of Paradise

A: I am excited and deeply honoured that I have, again, received a grant from the Social Sciences & Humanities Research Council.

For the next five years, I will be conducting research on Philippine dance practices in Manila and across Canada. Propelled by the positive outcome of Dancing Manilenyos, I have decided to turn it into a feature-length documentary.

To date, I have already started working on this new film and the transnational research project. I hope that in the next couple of years my new film will have its world premiere somewhere and that my research project will have been articulated in a series of print publications.