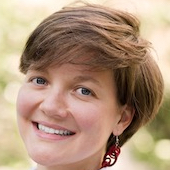 I am an experimental particle physicist, and as such I study the Universe through its tiniest, most fundamental constituents: the elementary particles. I am involved in two international collaborations: the ATLAS Experiment, which is one of the detectors of the Large Hadron Collider (LHC) at CERN, and the Deep Underground Neutrino Experiment, or DUNE, which is a future detector to be hosted by the US laboratory Fermilab near Chicago, Illinois.

The ATLAS Experiment is a five-storey high multi-purpose detector designed to record data from collisions happening at its center. The task for experimental particle physicists is to reconstruct the trajectories and identify the particles produced during these collisions. It enables the observation of new particles or new processes of subatomic physics. In the past, I was involved in searches for Supersymmetry and contributed to the discovery of a rare process: the Higgs boson production in association with a top quark pair (quarks are constituents of protons and neutrons). This complements the LHC’s big success in 2012 discovering the Higgs boson, the particle playing a key role in giving mass to the other elementary constituents of matter. Right now I am searching for “long-lived particles”. Numerous candidate theories attempting to expand our current theoretical framework are predicting particles whose life-times are longer than the ones already discovered. To spot them, we need to rethink algorithms used currently for pattern recognition. I am also active in detector development for high-energy physics. The LHC is preparing to deliver enhanced collisions starting in 2027 (called the High-Luminosity LHC Project). To survive the high rates and radiation levels, some sub-detectors of ATLAS need to be completely rebuilt. I am contributing to the future silicon inner tracker: the ITk. Several sensor units will be assembled and tested by several Canadian institutions.

The Deep Underground Neutrino Experiment (DUNE) is a future leading-edge experiment for neutrino science hosted by Fermilab in the United States. Planned to operate starting in 2026, DUNE will consist of two massive state-of-the-art neutrino detector complexes, one at Fermilab and the second 1300 km away from the first, at the Sanford Underground Research Facility in South Dakota, 1.5 km underground. The Long-Baseline Neutrino Facility (LBNF) will supply intense beams of neutrinos and antineutrinos with energy spectra broader than any other current experiment. DUNE is designed to study how neutrinos change over time (a phenomenon known as oscillations), both for big potential discoveries as well as for precision measurements. An exciting feature of DUNE is its sensitivity to neutrinos coming from the cosmos, especially stellar explosions (supernovae). The Canadian effort on DUNE has just started and the team is growing. As part of the DUNE computing group I am making sure that there is a coherent software framework for data analysis, using my experience on ATLAS. My research is geared towards speeding up data analyses by using advanced tools deployed in big data, an effort done in collaboration with other High Energy Physics experiments. I am also part of the Near Detector Consortium, which is developing the next generation of neutrino detectors capable of handling the high intensity near the neutrino beam.