The critique and disruption of existing power structures, ideas and practices that perpetuate the oppression of historically marginalized groups.

We draw on Dei’s (2002) definition of spirituality as the “ideas and ontologies that emphasize connectedness, belongingness, identifications, well-being, love, compassion, and peaceful co-existence with nature and among groups.” Spirituality moves beyond secular, colonial, individual conceptions that position religion as “bad” and spirituality as “good” (Shahjahan, 2010), and instead encourages attention to, and respect for different faith traditions (Butler, 2000). We recognize that “neutral” or “secular” views often privilege agnostic or atheist traditions and worldviews (Ontario Human Rights Commission, n.d.) and are “residually and normatively Christian” (Seljak et. al, 2008). This leads to systemic faithism, which the Ontario Human Rights Commission (n.d.) defines as: the ways that cultural and societal norms, systems, structures and institutions directly or indirectly, consciously or unwittingly, promote, sustain or entrench differential (dis)advantage for individuals and groups based on their faith (understood broadly to include religious and non-religious belief systems). Systemic faithism can adversely affect both religious and non-religious persons, depending on the context.

We consider Seljak et. al’s (2008) analysis of the close connections between religion, ethnicity and race in the Ontario context and caution that Christian privilege can result in anti-religious sentiment, ethno-religious alienation, polarization, and alienation, rooted in the belief that religious practices and identities are incompatible with Canadian identity and citizenship (OHRC, n.d.). This encourages the creation of religious “ghettoes” that may lead to religious radicalization and disengagement from Canadian public life (OHRC, n.d.). We heed Butler’s (2000) warning that spirituality may be commodified in modern schooling, reducing it to individual approaches instead of situating it in larger contexts of social struggle.

Merging the two results in multiple levels of transformations, similar to Shahjahan’s (2010) description of “allowing a movement from inward to outward action in the social world” (p. 478). We also consider Gloria Anzaldúa’s notion of spiritual activism that brings together the inseparable practice of the inner work of spirituality and the outer work of activism (Keating, 2005). We also explore Thich Nhat Hanh’s notion of Socially Engaged Buddhism, which promotes embodied, inner knowing through self-observation and nonviolent, political/ social action” (Shah, 2019).

Our current theories and models of leadership leave much to be desired in the acknowledgment of spiritual ways of knowing. Drawing from critical theory as well as prophetic African American spirituality, Dantley (2003) describes how critical spirituality supports courageous confrontation of inequitable systems and sustains hope in planning for a more just future. He also suggests that critical spirituality “not only deconstructs asymmetrical relations of power that dominate the educational system but can also be instrumental in prescribing acts of reflective resistance purposed to bring about a radical reconstruction of schools” (Dantley, 2003, p. 3). Like Fiona Gardner (2011), we question whether spirituality can transform the world.

Spiritual connection may offer leaders a sense of purpose, belonging, strength, fortitude, hope for justice yet realized, and responsibility to communities past, present and future. Critical spirituality in leadership honours the importance of self-awareness by inviting us to explore how our shadows, conscious and unconscious traumas, fears, insecurities, hidden desires and longings influence how and why we lead, and how we and why we engage in activism. This awareness encourages us to see the connections between our fragmented and whole selves, making space for us to examine our contradictions, our complexities, and our complicities. We might contemplate: “How might my ego mind perpetuate the very violence, inequity, and oppression that I seek to dismantle in the world?’ (Shah, 2019). We might release illusions of certainty, control, comfort, and security, and we might see ourselves as “harmed and harming, more or less honest, more or less able to be conscious when triggered, more or less manipulative, more or less willing to take responsibility for our own change, more or less caught in patterns” (Hemphill, 2019).  As such, critical spirituality prioritizes healing through embodied and contemplative practices that frees us from sources of separation. In this way, healing might be viewed as a leadership competency.

While spirituality and faith are central to leadership practices, they are rarely acknowledged and examined. What do secularism and pluralism offer and foreclose? How might acknowledging spiritual and faith-based leadership practices disrupt taken-for granted assumptions of neutrality that mask Christian hegemony, settler colonialism and white supremacy? How might critical spirituality invite us into holding multiple and contradictory truths, simultaneously? Through an exploration of various, silenced expressions of faith and spirituality, we hope to bring light to subjugated knowledge systems and wisdom traditions and philosophies of leadership, as well as explore common characteristics of spiritual leadership across faiths. Finally, we hope to open a space for the celebration of our full humanity and belonging to each other.

Keating A. (2005) Shifting perspectives: Spiritual activism, social transformation, and the politics of spirit. In A. Keating A. (Ed.) EntreMundos/AmongWorlds. New York: Palgrave Macmillan.

Hiren Mistry is a 2nd generation Canadian with Hindu Gujarati roots. He has been in the field of education for over 20 years serving students and communities in different roles. He describes himself as a post 9/11 educator. He has applied insights from the critical study of religion into his pedagogy and practice as a classroom teacher and as a centrally assigned equity lead. He has spent a dedicated time in his roles as a teacher, curriculum head, centrally assigned equity coordinator and researcher listening to the ways that students articulate their understanding of religion, faith, identity and belonging. Hiren has over 15 years of experience connecting human rights theory to practice in public & higher education, with community groups and non-profit organizations. He is a former seconded lecturer at York University (Faculty of Education), and is currently completing his doctorate in Higher Education and Leadership at the University of Toronto (Ontario Institute for Studies in Education) focusing on the intersection of policy, religious diversity and leadership.

Ixchel Bennett is Indigenous Nahua/Zapoteca from Tenochtitlán (Mexico City). She has been in the field of education for over 16 years serving in different capacities. Her passion as an educator has provided her with a vast wealth of experience in the areas of Special Education, English as a Second Language, and interweaving Indigenous education into the curriculum and schools. Ixchel has also written curriculum for various publishers in Indigenous education and mathematics. She was an A.Q. instructor at York University, where she shared her knowledge about building relationships through critical spirituality. She is currently a vice-principal at Eastview P.S. with a large Indigenous community. It is the only dual-track school at TDSB whereby Indigenous and non-Indigenous people interact in a respectful and reciprocal environment. Ixchel's leadership style is through a Whol[E]istic approach that considers the spiritual, emotional, mental and physical aspects of a person equally. Ixchel was seconded at York University as a course director and practicum facilitator for the Keele program and the first Waaban Indigenous teacher education cohort. She graduated from the first cohort in the M.Ed. in Urban Aboriginal Education from York University, exploring ways of interweaving Indigenous education into schools. Ixchel is a student in the first Indigenous Ph.D. cohort at York University, researching Indigenous students' experiences in Indigenous educational programs.

jeewan chanicka is currently the CEO/Superintendent of a growing International American School system based in Dubai. He is the former Superintendent of Equity, Anti-Racism & Anti-Oppression and Superintendent of Schools in Canada's largest school district - Toronto District School Board. He currently serves on the Community Advisory Group for the Ontario Human Rights Commission and served on the Anti-Racism Directorate's Provincial Roundtable on Islamophobia while it was operational. jeewan's professional past includes his work as an Education Officer at the Ministry of Education in Ontario in the Inclusive Education Branch and prior to that, a principal and teacher in York Region District School Board. He has also worked in the international education setting as a teacher and curriculum writer.

He has a BA in Conflict Resolution and Culturally Appropriate Forms of Mediation and his Masters Degree in Education. jeewan has had a rich career which includes consultation with the United Nations University of Peace as part of a team to develop a curriculum framework on Peace Education in the Islamic context implemented in various parts of the world. In 2015, jeewan and his school staff & community received the Premier's Safe and Accepting School's award. The school used Inclusive Design as transformative process with a focus on social justice to shift school culture and practice. Critical Spirituality has been a focus of jeewan's over the past 20 years as a tool for self-transformation and as a basis engaging in justice/change work. His practice continues to evolve as he grows, learns, unlearns, understands and does.

Fiona Gardner coordinates social work education across four rural campuses in Victoria, Australia as an Associate Professor and Discipline Lead for Social Work and Social Policy at La Trobe University’s Rural Health School. She emigrated with her family from Scotland as a child and now lives in a regional city in Victoria, Australia. Fiona has practiced social work across many areas of northern Victoria and her experience of the lack of social workers and local social work education led to her commitment to providing accessible social work education in rural communities. Her research focuses on the value of critical reflection and critical spirituality as frameworks for understanding and engaging more deeply with issues for individuals and communities in social work practice. Her teaching emphasizes developing the capacity to be critically reflective across all areas of social work practice to encourage self-awareness, critical understanding and holistic practice. She has also taught critical spirituality to pastoral carers/wellbeing workers to include in their practice and in supervision. Relevant publications here include Critical Spiritualty: A Holistic Approach to Contemporary Practice and she is currently writing a book on embedding spirituality and religion in social work practice.

Bruce is the former Deputy Minister of Education and Early Years and Child Care in the Province of Ontario. Before joining the ministry, he was the CEO of Ontario’s Education Quality and Accountability Office (EQAO) where he led a new strategic plan for the organization and worked to modernize the provincial assessment program.

Bruce has held several senior leadership roles including as Director of Education of the Toronto Catholic District School Board and Associate Director of Education of the Waterloo Catholic District School Board. Mr. Rodrigues was also responsible for the creation of the Equity Secretariat at the Ministry while Deputy Minister. Bruce is also a seasoned educator of over 33 years. He was a secondary school teacher, where he taught Math, English and the Social Sciences. He also held positions of vice-principal, principal and superintendent before becoming director.

On a personal note, Bruce grew up in the Jane and Finch neighbourhood in Toronto and has a long history of involvement with issues related to equity, diversity and inclusion. Mr. Rodrigues also has a strong demonstrated commitment to issues of peace and justice. Bruce’s outstanding track record in Ontario’s publicly funded education system and his commitment and passion for putting students at heart of his work reflects his deep devotion to student success that has been the hallmark of his career. 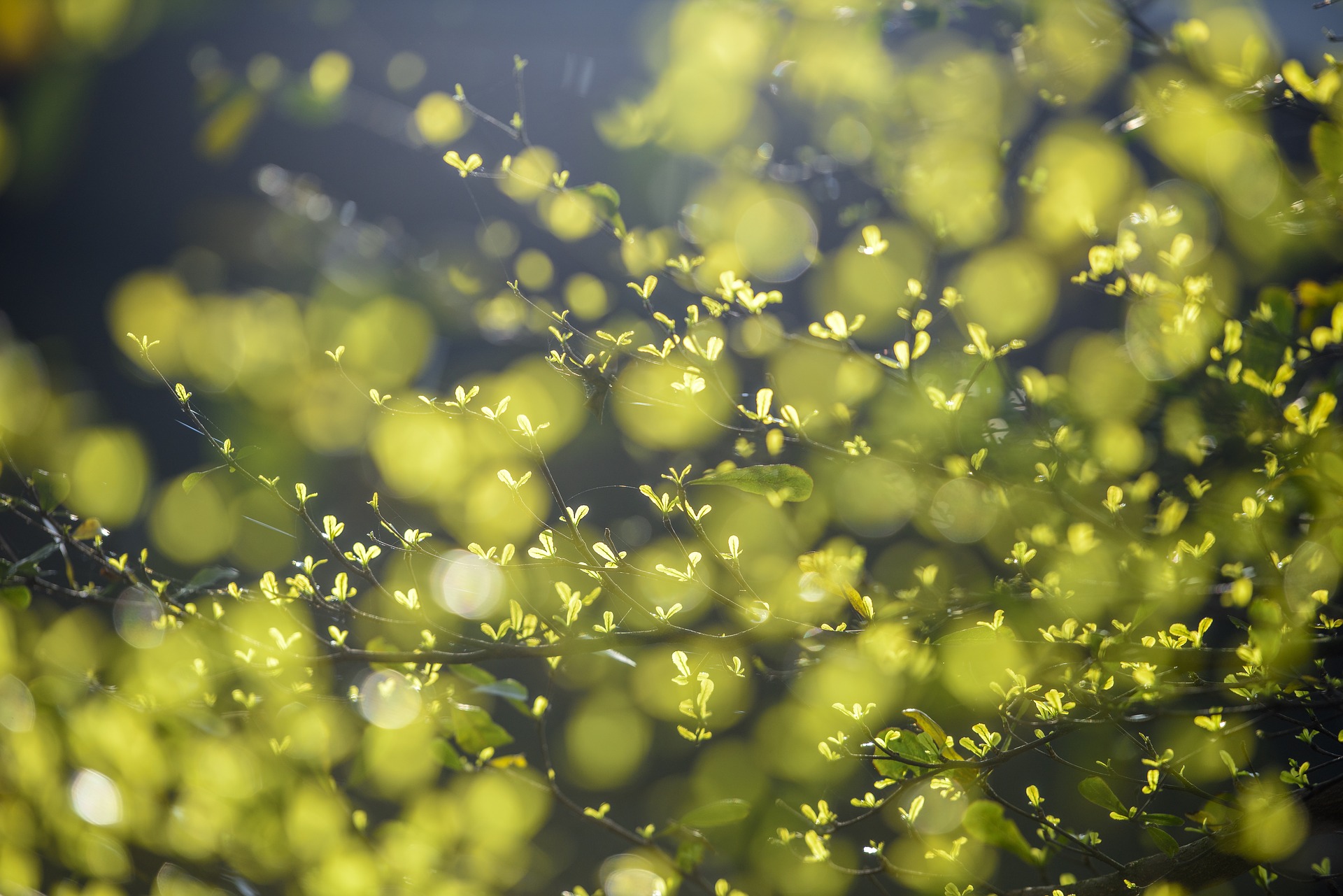