The Israel and Golda Koschitzky Centre for Jewish Studies is Canada’s first interdisciplinary research centre in Jewish Studies, bringing together a vibrant community of scholars and teachers to promote cutting-edge research in the field.

New Takes on the Past: Contemporary Perspectives on Medieval Judaism 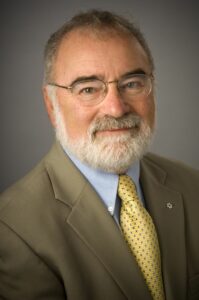 York's Israel & Golda Koschitzky Centre for Jewish Studies is deeply saddened to share news of the passing of our longtime colleague, friend, and inspiration, Irving Abella. His absence leaves an unfillable moral and intellectual hole in Canada, in Canada's Jewish community, in York's faculty, Department of History, Centre for Jewish Studies, and - most gapingly - for his friends and family. We send our condolences to the mourners and to all those who lives he touched.

I have the honour and privilege of serving as Professor Abella's first successor in the J. Richard Shiff Chair for the Study of Canadian Jewry, a position established at York University in 1997. Two years ago, I wrote An Appreciation for Professor Abella on the occasion of his 80th birthday, https://www.thej.ca/2020/07/12/irving-abella-at-eighty-an-appreciation/. They were words sweet to share in July 2020; I'm sharing them today, slightly rewritten, with distinct bittersweetness. Professor Emeritus Irving Abella, the historian, writer, teacher, and leader who served at an impressive array of both Jewish and academic organizations, died yesterday at age 82.

When he was made a member of the Order of Canada in 1993, the Government noted that “His writings and lectures have helped us to appreciate the rich and diverse roots of our country and broadened our understanding of the contributions generations of immigrants have made to Canada.” He was elected as a Fellow to the Royal Society of Canada the following year, and was recognized with both a Queen Elizabeth II Golden Jubilee Metal in 2002 and with a Louis Rosenberg Distinguished Service Award by the Association for Canadian Jewish Studies in 2006.

Irving Abella’s importance as a historian stands in its wide public reach, in its impeccable and incisive scholarship, and in the fact of his fellow historians’ steady citations of his work from a wide range of Canadian and modern Jewish historical subject areas. He produced a prodigious body of scholarly writings in books, journal articles, print essays in public intellectual magazines, encyclopedias, newspaper editorials, interviews, and innumerable public and academic lectures around the world.

When I spoke with Dr. Abella shortly before his 80th birthday and asked him what accomplishment he was most proud of, he seemed unprepared; he hadn’t been keeping track. After a moment of reflection, he told me that he was proud of creating the first course in Canadian Jewish Studies to be taught at a university, in this case at Glendon College in the early 1970s. There were no books and few articles to read or assign; it was a field he himself would pioneer. There are now courses in Canadian Jewish studies from a variety of disciplines taught at close to a dozen universities across the country. Abella was among the first generation of professional scholars to take up Canadian Jewish subjects, and his writings and findings left an indelible print on the now-mature and professionalized field. Alongside historians Jack Jedwab, Harold Troper, Richard Menkis, Robert Harney (1939-1989), and Gerald Tulchinsky, (1933-2017), sociologist Morton Weinfeld, and literature scholar Adam Fuerstenberg (1939-2016), Abella helped establish archives and the institutional structure for the field, brought new research techniques and questions, and advanced the early communal project established by Louis Rosenberg, David Rome, Sol Hayes, and H. M. Caiserman. Canadian Jewish studies is now an integrated element in both the Canadian academy and the community of modern Jewish Studies scholarship.

Canadian Jewish history was not the only field Abella pioneered.  His first passion was Canadian Labour history, also in its professional infancy in Canada when he began graduate school at UC Berkeley and soon after at the University of Toronto, where he defended his dissertation, “The Struggle for Industrial Unionism in Canada: the CIO, the Communist Party, and the Canadian Congress of Labour, 1936-1956” in 1969. His first monograph, Nationalism, Communism, and Canadian Labour, publishedin 1973, turned attention to the struggles for the rights of mostly immigrant working men and subjected the politics and organization of labour to rigorous historical scrutiny at a time when “important” Canadian history was considered the economic underpinnings of the nation – the fur trade, mining, the river barons, and the like.

His work on labour was influential among professional historians of Canada, and Abella was among the first to teach Labour History in Canada, again, with few books or scholarly resources at his disposal. Yet after three additional books and several articles in the emerging field, Abella’s interest took a sharp, if clearly linked turn in the early 1980s, toward immigration, and particularly Jewish immigrant history. I asked him about the links between these two seemingly distinct phases of his scholarly life. The phases were indeed stark, he confessed. By the end of the 70s, he felt that the field had become “dominated by the ultra-left and anarchists”, scholars who “demeaned the field.” Though he continued to teach labour history through the 1990s, he had lost interest by the late 70s.

Abella was arguably the scholar with the largest imprint on Canadian Jewish studies. His monograph None is Too Many: Canada and the Jews of Europe: 1933-1948, co-authored by Harold Troper, was a groundbreaking work about Canada’s abysmal Jewish refugee policy in during and immediacy after WWII, a work that framed some of the key orientations of the field, and impacted subsequent generations of historians of Canada and Canadian Jewish life. None is Too Many has been subject to continual, almost orthodox citation, considerable reflection and even some recent reassessment (a special issue of Canadian Jewish Studies / Études juives canadiennes in French and English, New Research on Canada and the Jews During the 1930-1940s was titled “None Is Too Many and Beyond / Au-delà du None is Too Many”, https://cjs.journals.yorku.ca/index.php/cjs/issue/view/2287). Abella and Troper’s work also influenced the civil service itself and remains oft-cited work for immigration reformers and progressives. Abella contributed several other books on Canadian Jewish life, including A Coat of Many Colours: Two Centuries of Jewish Life in Canada (1999), and Growing Up Jewish: Canadians Tell Their Own Stories (with Edwin Goldman and Rosalie Sharp) in 1997.

Abella’s leadership in the public history and Canadian Jewish civic sectors were impressive. He served as the director of the New Israel Fund, and editor of Middle East Focus. He was the chairman of the Holocaust Documentation Project, as well as of the Canadian Jewish Congress International Affairs Committee; chairman of Canadian Jewish Congress National Archives Committee, and the Canadian Jewish Congress president from 1992 to 1995. He served as the President of the Canadian Historical Association (CHA) from 1999-2000. When I asked him about the relationship between his scholarship and public leadership with respect to public history in Canada, and the Canadian Jewish community, he told me that his key motivation was the dissemination of historical knowledge. His presidential address to the CHA, published as Jews, Human Rights, and the Making of Canada. New Séries, Vol. 11 / Nouvelle série, vol. 11, 3-15 in 2000, brought attention to profoundly important Jewish contributions to Canadian life to Canadian historians. Indeed, he helped forge the institutional grounding that has allowed for the continuance and flourishing of the field. As president of Congress, Abella told me, he helped convince the Minister of Multiculturalism, Gerry Weiner, to allocate a million dollar multiculturalism research grant to Canadian Jewish studies between York University and Concordia University, investments that continue to bear fruit in producing new scholarship and teaching hundreds of Jewish and non-Jewish students at Concordia’s Institute for Canadian Jewish Studies, and at York’s Golda & Israel Koschitzky Centre for Jewish Studies.

Let us hope that Abella himself comes to be the subject of scholarly research down the line. Records that reveal the inner workings of some of his work can be found in the Canadian Jewish Archives Irving Abella Fonds, 1969-1991, and in the Irving Abella Collection at the Archives of Ontario, a collection consisting of oral history interviews he conducted in the early 1970s. We hope the balance of his records will one day reach an archive too.

We mourn the loss of our leader, teacher, and scholar. May his memory be for a blessing. ברוך דיין האמת.

The Bride Under the Lemon Tree: Lecture with Dr. Judith Cohen

Leonard Cohen, Untold Stories - From This Broken Hill: A Conversation with Michael Posner

Monsters, Machines, and Modern Jews: A Conversation with Nathan Englander

Shadows in the City of Light: Paris in Postwar French Jewish Writing