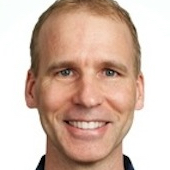 I employ lasers to make high-precision measurements of atomic properties to test the predictions of Quantum Electrodynamics and the Standard Model of particle physics. Currently, I am studying atomic hydrogen to make a new measurement of the radius of the proton to try to understand the deviant value recently obtained from muonic hydrogen. If the discrepancy is real, it may herald the discovery of a new boson or even gravity in higher dimensions. Also, I am part of a collaboration whose goal is to hold antihydrogen atoms (antimatter versions of the element hydrogen) in a magnetic trap and use them to conduct precise spectroscopic tests of the symmetries and physics of antimatter. Additionally, I am involved in measuring the energies and orbits of helium atoms to provide the most accurate measurement of the "fine structure constant,” the fundamental constant of nature that determines the strength of the electric and magnetic forces between charged objects. The fine structure constant is not only relevant to magnets and electricity, but to how atoms, chemicals, and solid objects are held together.