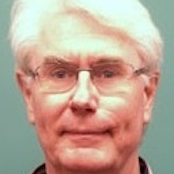 I study galactic and extragalactic compact, celestial sources of radio waves such as supernovae, pulsars, black hole candidates, radio stars and the powerful cores of radio galaxies and quasars. With the technique of very-long-baseline interferometry (VLBI) and a network of several large radio telescopes girdling the globe, it is possible to image the areas of activity of these sources and determine their positions with an angular resolution 1,000 times better than with any optical telescope on Earth. In particular, this allows us to make sequences of images of young, rapidly expanding supernovae, study the interaction of their shock fronts with the circumstellar medium, search for pulsars in their centres and compose the results in a "movie of an exploding star." As a spin-off, we obtain vital information for determining the distance to the host galaxy, which helps to anchor the extragalactic distance scale. We have developed a novel data acquisition system for phase-coherent baseband recording of pulsars to complement our VLBI observations and extend our studies to searches for new millisecond pulsars and their possible companion planets and black holes. Also, we investigate the cosmological jets of energetic particles which emanate from the active centers of so-called superluminal radio galaxies and quasars with speeds that appear to be faster than the speed of light. These studies help us to understand the physics of the immediate environment of these centres which are believed to be supermassive black holes.