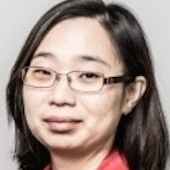 I develop efficient systems and infrastructure for space flight, and direct the Communications and Operations Laboratory. My research interests centre on nanosatellite technology development. Nanosatellites are, in general, spacecraft with a mass less than 10 kg. They have been increasingly recognized as valuable tools for demonstrating new technologies in space as well as an effective means to educate space engineering professionals due to their relatively low cost. My focus has been to develop a series of space technologies that will lead to scientific nanosatellite missions in the near future. Currently, I am investigating several areas including micro- propulsion system design, MEMS-based attitude sensor and actuator design and algorithms to incorporate their low-grade characteristics, and subsystems based upon field-programmable gate arrays. I am a Canadian participant for the QB50 Mission to develop nanosatellites for an Earth Observation experiment.

I have a passion to engage youth from non-science, non-academic backgrounds, and young women in particular, to discover their potential through scientific problem solving and in turn enrich the diversity of ideas and perspectives within the engineering field. To this end, I am a part of many progressive initiatives, including Space Junk, a youth-at-risk workshop with Big Brothers Big Sisters of Toronto, and Go Eng Girl, introducing girls in secondary school to engineering. Also, I initiated and subsequently guided the York University Rover Team, which has won major international awards each year since 2007.