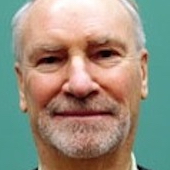 I am interested in the properties of the upper atmosphere, and develop ground- and space-based instruments for conducting measurements. The upper atmosphere, in the region from 80 to 300 km, is where solar energy input first begins to interact with the atmosphere, producing optical emission known as airglow, and aurora. With specialized instrumentation, this emitted light can be used as a diagnostic tool to determine the properties of the atmosphere in this region. With support from NSERC, and the Canadian Space Agency, the Doppler Michelson Interferometer technique was developed for spectral imaging of the atmosphere, yielding images of optical emission rate, temperature and wind. As Principal Investigator for WINDII, the Wind Imaging Interferometer, a joint Canada-France instrument was placed in orbit from 1991 to 2003 on NASA’s Upper Atmosphere Research Satellite and acquired 23 million images of the atmosphere. The data are still providing exciting new information on the dynamics of the upper atmosphere, and how these dynamics influence the distribution of atmospheric species, such as atomic oxygen. Ground-based instruments have been deployed also. For example, an optical observatory was operated at Resolute Bay in Northern Canada to study the polar upper atmosphere. More recently a derivative of WINDII, the Spectral Heterodyne Spectrometer (SHS), has been developed and flown on a high altitude balloon for the measurement of water vapour in the lower atmosphere. Currently, a collaboration with Germany is in place, intended to lead to the launch of a Cubesat satellite carrying an SHS instrument to measure waves in the upper atmosphere.