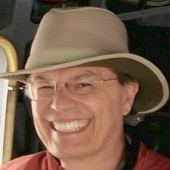 I study the formation, evolution, and organization of galaxies large and small, with the objective of elucidating how we came to be. Insights into the mechanisms driving evolution are gained by utilizing gaseous nebulae (planetary nebulae and HII regions) to probe chemical compositions. Surface photometry, particularly at near-infrared wavelengths, is combined with dynamical measurements to seek a unified description of normal galaxies, which facilitates examination of how different kinds of galaxies are related and which ultimately confronts the “nature versus nurture” debate over origins. To refine knowledge about our place in the Cosmic Web, I implement improved methodologies for determining the distances of galaxies. A recent outcome is a precise three-dimensional map of the Local Sheet of galaxies that reveals that the development of our own galaxy, the Milky Way, was influenced by an environment of far greater extent than hitherto recognized. Now, my students and I are finding and studying analogues of the Local Sheet in the greater Universe to learn what attributes of the Local Sheet were most relevant to the realization of the Milky Way as it exists today. Modern simulations of structure formation are utilized as “virtual universes” to guide the interpretation of measurements and to test theoretical foundations. Much of the work on individual galaxies and the structures in which they are embedded also leads to insights about the origin of spin and the nature, localization, and preponderance of dark matter in the Universe. My primary research adversary is interstellar dust, and I have spent a good deal of time uncovering what lies behind it, including two hitherto unknown galaxies in the backyard of the Milky Way as well as the Council of Giants surrounding us.