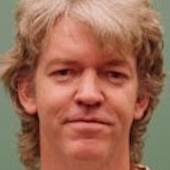 I am an experimental high-energy particle physicist. Fundamentally, my research is aimed at testing the Standard Model of particle physics. The Standard Model is a fully predictive theory that describes all matter in terms of 12 elementary particles (quarks and leptons) plus the Higgs boson. It also explains interactions between particles as arising from the exchange of other particles. There are two parts to the Standard Model - Quantum Chromodynamics (QCD) which describes the strong/colour interactions between quarks, where gluons carrying the colour charge are exchanged, and the Electroweak Theory which describes electroweak interactions, such as beta decay and electron energy levels in atoms, where photons and the W and Z bosons are exchanged. The goal of experimental particle physics is to use sophisticated particle detectors and very high energy particle accelerators to learn even more about the interactions and properties of the fundamental particles so as to constrain or possibly even cause a complete re-evaluation of the Standard Model.

What particularly interests me is the observation that hardly anything in the Universe today is composed of antimatter, the so-called "Baryon Asymmetry". This is one of the biggest problems in science, because the Standard Model guides us to believe that the Big Bang produced normal matter and antimatter in equal proportions. Since matter and antimatter annihilate upon contact, the preponderance of normal matter today means that there had to be a slight excess of matter over antimatter in the early Universe. To set that up, there must exist an asymmetry somewhere in particle interaction rates. In other words, there must be one or more processes in which the rate in one direction (that of producing normal matter) is slightly higher than the rate in the opposite direction (that of producing antimatter). Thus, much of the work I have done and am doing now has been concerned with studying relationships between normal matter and antimatter.

Presently, I am collaborating on the Antihydrogen Laser Physics Apparatus (ALPHA) at CERN in Geneva, which has made a series of ground-breaking measurements of great significance. ALPHA was undertaken to shed light on the origin of the imbalance between matter and antimatter, the view being that detailed study of the antimatter version of hydrogen (the most prevalent atom in the Universe) might reveal an asymmetry in particle interactions at a deep level. My students and I have led the development of the particle detectors for tracking and locating antihydrogen. The ALPHA team managed to create and trap antihydrogen for the first time and measure its charge (the same as hydrogen, namely zero, within errors). We are in the process of determining whether antihydrogen falls or rises under the force of gravity, and at what rate. Our ultimate objective is to quantify with exquisite precision how well the energy levels of hydrogen and antihydrogen match.