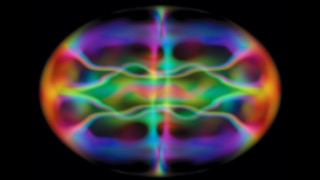 Atomic, Molecular, and Optical (AMO) Physicists study phenomena on the scale of one to a few atoms or molecules, interactions between which are governed by electric and magnetic forces from charged particles (electrons and protons). Besides determining how atoms and molecules and their antimatter counterparts function, they use atomic or molecular systems to measure fundamental constants of nature, such as the fine structure constant governing the strength of electromagnetic interactions. The term "optical physics" is synonymous with research in the field because of the role played by lasers, which are used to probe atoms and molecules on the quantum scale with exquisite precision. AMO physicists also employ lasers and their interactions with matter to develop new ways of measuring macroscopic phenomena, such as atmospheric dynamics (lidar) and the Earth’s gravitational field (gravimetry).