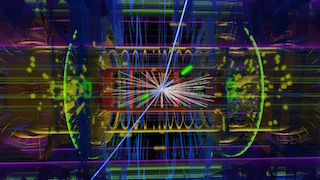 High Energy and Particle Physicists study the most basic constituents of matter and antimatter and the forces that govern their interactions. They are responsible for developing the Standard Model that pinpoints leptons and quarks as the basis of all normal matter in the Universe and that identifies gauge bosons as carriers that mediate three of the four forces of nature. Enormous accelerators are used to create particles that normally do not occur in every-day life, but which existed in the earliest stages of the development of the Universe after the Big Bang. Much work remains to be done: dark matter and dark energy remain enigmas, the predominance of matter over antimatter can’t be explained, and gravity resists unification.