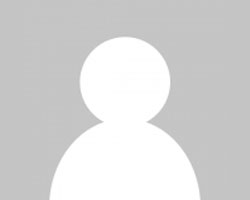 Country(ies) or Region(s) of Specialization: Chile

Keywords: Psychoanalytic theory, social and political thought, and on issues of ideology, propaganda and argumentation in the mass media.

Margarita Feliciano is a poet, critic and literary translator of Italian-Argentinian origin, living in Canada and supporting the Hispanic community since 1969. Her poetry has appeared in numerous publications throughout Europe and North America. Her poetic works were the subject of a doctoral thesis, soon to be published by McGill University. She is professor emerita in Hispanic Studies at York University’s Glendon campus, as well as director of CCIE (Celebración Cultural del Idioma Español), an organization that has promoted the Spanish language, cinema, arts and culture in Canada since 1992.

In 2005, Feliciano founded ANTARES, Canada's first publishing house dedicated to the publication of literary works in Spanish and located on the Glendon campus. To date, she has translated seven books (six on poetry and one on the Hindu religion). Her research focuses on myths, poetry and translation.

Feliciano studied Romance Languages and Literature at the University of California’s Berkeley and Los Angeles campuses, and at the University of Florence in Italy. She has also specialized in Brazilian literature. Feliciano is the former coordinator of Glendon’s Certificate in Spanish/English Translation. A tireless volunteer and advocate for the community, her work includes being the coordinator of the Latin American & Caribbean Studies Program (LACS) and of the Centre for Research on Latin America & the Caribbean (CERLAC) at York University. She is past president of the Literary Translators’ Association of Canada (LTAC), and founding member of INDIGO - a trilingual literary magazine dedicated to promoting Hispanic literary works. Feliciano sits on the Advisory Board of the Mariano Elia Chair of Italo-Canadian Studies and is the organizer of the Stong College Heritage Lecture Series at York University.

His research concentrates on landscape analysis, environmental management, program implementation and evaluation, participatory development, mathematical modelling, and the use of multi-media techniques in teaching and research.  His current research, writing and documentary-film production reflect his passionate interest in the evolution of Caribbean landscapes.  Much of his work involves collaboration with Caribbean organizations.

Country(ies) or Region(s) of Specialization: the Caribbean, East Africa, Indonesia

Hellman is a Professor in the Departments of Political Science and Social Science at York University as has been a Visiting Scholar at the Center for Latin American and Caribbean Studies, CLACS, at New York University (2001-2, 2006, and 2011-12). Her research concentrates on: Social impact of economic policies; Immigration; Rural development; Social movements; Peasant movements; Urban popular movements; Women in Latin America.

Country(ies) or Region(s) of Specialization: Mexico, Cuba, Brazil and Jamaica

Country(ies) or Region(s) of Interest: