Education for the purpose of liberation: How one York alumnus is challenging practices in education 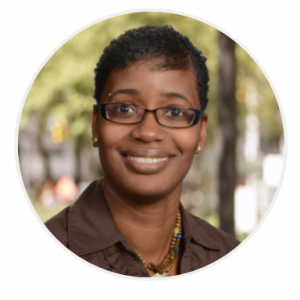 Kimberley Tavares (BA ’98, BEd ’99, MEd ’10, PhD ’14) lives by the philosophy of education for the purpose of liberation. Tavares is currently an Education Officer at the Ontario Ministry of Education assigned to the role of the Equity and Inclusion Lead for the Innovation, Design and Implementation Team.

In her role Tavares reviews policies and assists the Ministry in thinking about what the implementation and implications of policies will look like, particularly for marginalized groups. Tavares sees her role as an opportunity to question policies and to work towards dismantling historically oppressive practices. “I bring the voice to the field,” she says.

Tavares’ focus has been disruption. She explains, “I try to disrupt normative ways of thinking.” For Tavares, success means creating a space where people are forced to question and reconsider practices that could have a further marginalizing impact on underserved bodies. One of her goals is to continue to disrupt in order to create a new education experience for the future. Tavares stresses the importance of questioning, “Rendering the invisible visible. That for me is everything.”

Tavares is currently focusing on work in STEM, in which she is identifying underrepresented groups within the field. “It’s not enough to just say ‘we need more women in STEM,’ yes we do, but we need more everybody in STEM,” she says. “I’m not just a woman. I’m a cisgender, Black woman, and the intersections of who we are need to be a part of the conversation.”

To Tavares, York University’s Faculty of Education has always been known as a Faculty dedicated to equity, diversity and social justice. “York showed me what is possible,” she says. “It was where I saw that it is possible to be a Black academic and still be personable and still have relationships and build with people.” Tavares was a course director at the Faculty in 2009 and also graduated with her MEd in 2010 and PhD in 2014.

Recalling her academic experience at York University, she says, “It was my second class at the Faculty of Education, I sat down and in walks this Black man. He appeared to scan the room and then intentionally, he came by our table, where a bunch of us Black students were sitting together. He walked straight up to us, said hello, made himself known. Having Dr. Carl E James, the first Black academic I had ever seen, walk up and introduce himself to me was powerful and shifting. It helped me to realize there are so many things that are possible, and they became possible to me because of York.”

Tavares believes it is crucial for educators to have a solid philosophy of education. “If you’re not grounded in anything then you’re not moving toward something,” she explains. Her advice to students in education is, “Have an objective or a goal that you know is going to work to move our society forward, and work towards achieving that.”