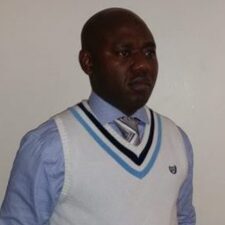 “I landed a survivor job immediately after he arrived in Canada and has never been without a job for more than 3-4 months,” says Severin Egatsi, “Kitchen help was my first job.  The skills he had picked up working in his mother’s restaurant in Cameroon helped him at his time of need.  “But that was the easiest. The hard part was to communicate in English.”

“My English language skills were so poor that I could not communicate with anyone. There were times when I could not even eat because I could not order anything. I remember going to Tim Horton’s and pointing at dough nut to order.” He enrolled in an English language training class while working in the kitchen.

Just when he was picking up basic English language skills he got a job as a bi-lingual call center agent. French language skills are an asset he brought with him when he emigrated from Cameroon in 2011. The other skill is his accounting skills, combined with his experience as a financial controller.

Then came a three month stint as an accountant, followed by a six months contract as a bi-lingual credit analyst at a company called AGF. That was in late 2011, and it was here at AGF that he heard of the York University Bridging Program for Internationally Educated Professionals (IEPs) from a colleague.

Severin says he has several take-aways from the program and that he learnt a lot in his foundation courses; “My professor in Professional communications class taught me how to write a good professional email. When you are writing an email, remember that the other party does not know you and form an opinion based on your email and will try to know you through your emails. Be clear, precise and professional in writing an email. That is an important point to keep in mind while writing an email at work.”

Severin credits the program for bringing together professionals from different cultural and professional backgrounds where they could learn from each other. Interacting with my fellow IEPs, I understood that all immigrants share the same journey in terms of integrating themselves in their new environment. “They may be different culturally and may speak a different language. But we all had the same story to tell. I learnt a lot from my fellow students who were very helpful too”, he says. It was one of his fellow IEPs who suggested that he meet his local MP and seek help, to speed up his family’s immigration process.” I met the MP and within two weeks I received a call from the ministry asking if I was ready to bring my family to Canada.”

Coming from Cameroon, it was not easy to understand the way things work here, he says. “My law professor made me aware that in Canada, it is important to speak up. That is not the culture in my native country. My professor thought me the fact that here if you don’t talk about it, it is considered a non-issue. If you don’t like something, say it. People will understand that it is not working and will find a way to change it.”

Career coaching that is offered as part of the bridging program is very valuable, he says. : It should be continuous part of our program,” he says. “Just in one sitting my coach changed the whole look of my LinkedIn profile. He made it so interesting that same day I got a dozen requests to connect. He made simple changes but that made a lot of difference.” Severin is aware of the fact that this was an invaluable gift that the bridging program gave him. “A coach of that caliber would have costed me $ 500-600 per hour (I think),” he says. Soon after this, he was sought by Grand and Toy where he currently works. His suggestion to the government is to fund the program to help establish partnerships with employers so IEPs can have workplace experience matching their skills and experience. “Employers will consider this only if they are compensated with at least part of the salary they pay to the IEPs. It is worth for the government to look into it because it speeds up professional integration.”

The foundation courses taught me a lot about Canadian way of life.