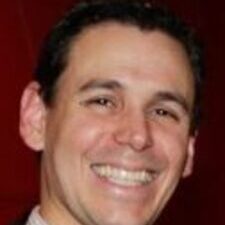 You never know where relationships and networking will lead you and the opportunities that can appear from unexpected sources. That’s certainly the experience of Christian Valiente and Antonio Giuliani, two internationally educated financial professionals who grew up in the same city in Venezuela but didn’t meet until they were at a bridging program at York University in Canada. Now they are both working at the TD Bank.

Giuliani was a banker who had worked at the largest bank in Venezuela and Valiente had worked in insurance and risk management. Both had strong backgrounds and were looking to build their networks, which is why they turned to York University’s bridging program for internationally educated professionals.

“When you are an immigrant, it’s very hard because you don’t know anybody and if you’re a more mature person, such as Antonio and I, it can be challenging because you have a career, a name and reputation in your home country, but not here Canada,” explains Valiente. “Nobody knows you here and you have to start from scratch. That is where York University was very useful for us because we were able to meet people to build that network that gives you the opportunities to learn about some of the things about the Canadian environment.”

Giuliani agrees, noting that networking and academic recognition were very important for him.

“I decided to join the York’s program for two different perspectives, says Giuliani. “It created an opportunity to earn a Canadian professional certificate that complemented my Masters of Finance and my Bachelor degree in electronic engineering that I’d secured in Venezuela. It also was an effective way to start to build my network in Canada.”

Leverage a contract position in to full time work

Giuliani leveraged his experience with York’s program, along with an assist from the Career Edge program to land a contract positon at TD Bank. He was one of 10 people TD was hiring through this program for an opening in finance. He managed to excel in the short term role, which led to a full-time role as a senior finance analyst at TD.

“I’m doing something quite similar to what I was doing in Venezuela,” says Giuliani. “The role is very similar, where I am a finance lead on large scale projects and programs that are higher than $100 million.”

Over time, Giuliani’s team needed to find other experts and Giuliani was able to connect Valiente to a TD hiring manager about a risk management positon that needed hiring.

“The project Antonio started needed a lot of business analysts and my profile was a good fit for a contract position,” says Valiente. “With Antonio’s introduction, I was able to connect with a hiring manager and secured a one year contract position.”

Valiente was pleased with the results he produced in that contract role and it clearly impressed his manager, who helped him to secure full-time employment at TD as a senior finance analyst.

“My role as a contractor was as a business analyst and now I’ve moved to a more risk related position,” says Valiente.

Both Giuliani and Valiente are also bringing and applying concepts they had learned in Venezuela into their current roles with TD in Canada.

“The role is very similar, but there is a greater focus on risk management here,” says Giuliani

Valiente believes there are some attributes from having worked in Venezuela that also gives them some advantages, noting that there they lived in an environment of constant change in that country, where everything from the price of goods to currency fluctuations had a daily impact.

“We have learned to deal with uncertainty all the time,” explains Valiente. “I think that is an advantage because it gives you the creativity to think out-of-the-box frequently, which I think people recognize as valuable within our group. It gives you the resilience and strength to succeed in an environment that is more stable, as you have here in Canada.”

Pick the spots that make sense

In reflecting on his journey, Valiente notes that it took him some time in Canada to find the best fit for his skill set. Shortly after arriving in Canada, he landed a sales position in a branch at TD Bank, but it did not match his background. He had just started in the York bridging program and welcomed that first opportunity, but he discovered that his strengths were not in sales. It was a bit of a surprise and he decided it was better to step aside and look for opportunities that better fit his skillset.

“I’m an analytics expert and it was a difficult experience, but good in the sense that you learn to understand your limitations,” says Valiente. “The good news was that within a few months, I learned of the opportunity at TD with Antonio’s team, which was a much better fit for me.”

The two financial professionals are both thriving in their roles at TD and marvel at the fact that, despite coming from the same city in Venezuela, they never met until their participation with York University. York helped them to build a network, acquire some Canadian credentials to augment their Venezuelan academic accomplishments and leverage short-term initial contract positions into ongoing permanent employment. At the same time, they’re able to bring a level of adaptability and flexibility to TD that they learned from having worked in an ever-changing environment in Venezuela.