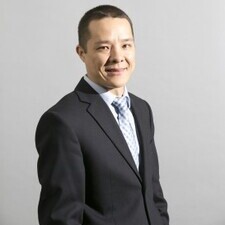 Perseverance and strategy. These are the two words Kyle Kubatbekov cannot emphasize enough when he talks about his job search as a new immigrant in Canada.

“Without it, I would not be where I am today,” he says. Thanks to perseverance and a strategic job search plan, he is currently a policy advisor at the Ontario Ministry of Municipal Affairs and Housing.

Kyle emigrated from Kyrgyzstan in 2011. “I came with a dream. Building a successful career in public policy was – and still is – a part of that dream.”

And why not? He has all the right credentials: A BA in Economics from Kyrgyzstan and an MSc in Comparative Public Policy from the University of Edinburgh, United Kingdom. Plus, he brings over six years of experience in international development with skills in program/project planning, coordination, monitoring and evaluation, and public administration and policy.

Surprisingly, many, including his new friends were skeptical about his objective, he says. “They laughed at me and said I was yet to face the harsh reality of living the life of an immigrant in Canada.” Soon, they seemed to be right.

“The reality was harsher than what they had described.” For over six months after arriving in Canada, Kyle could not find a job that was even remotely close to what he had done back in Kyrgyzstan. “Neither my experience nor my education from a prestigious UK university helped me.”

He reacted to his situation like many new immigrants, he says. “I responded with a sense of more and more urgency. I would jump at every opportunity to network, attend every possible job fair, workshop, conferences and other events, offering my services as a volunteer for every possible cause.”

This did not help him succeed and it was disappointing, he says. And the odd jobs he took were not paying enough to support his family of two young children. “When I took up a job to do a phone survey, I had to work from my washroom as that was the only quiet place I had in my apartment. I would sit there with the phone and the computer and interview people.” It was not fun and can be quite depressing, he says.

And then when he got the time to sit back and do some self-reflection, he started analyzing his action plan to reach his goal. When he put on his management cap, he realized that while he had a vision, he lacked strategy. “It was clear that strategy should inform my future actions.”

When he went over his strengths and efforts to get a job, Kyle could see that for someone aspiring for a career in public policy or public administration, his knowledge about the system of governance and government decision-making processes in Canada was very limited.

“After looking for various options, I came across the Bridging Program for Internationally Educated Professionals (IEP) at York University. A certificate program in business administration with a focus on public administration provided me with knowledge about public service and policy development in the Canadian context.”

Now he could engage in meaningful conversations with public servants on a variety of related subjects, he says. “If you want to make a good first impression, you have to know what you’re talking about. That is what the program at York University gave me.”

The self-reflection had also helped him to become more strategic in giving back to community. “I started volunteering in companies where I could build skills and expertise to succeed in a policy development role. I offered my services for free; in return, I got to start building my public policy portfolio.”

The strategic job search plan had started working and Kyle started receiving interview calls. He even received six job offers from the federal government and one from a reputable not-for-profit agency. By this time, the job with the provincial government was already in his hand and he had to turn down other offers.

“It is an understatement to say that strategy is important. It is critically important,” he stresses. “Strategy can be the fuel that a new immigrant searching for a job needs, especially when he is frustrated by the lack of results and is on the verge of giving up on his dream.”

Kyle considers the opportunity to network with other IEPs at York University as another significant gain for him. “It was two of my fellow IEPs who suggested that I reach out to managers in the provincial government and ask for informational interviews. Through those interviews, I was able to connect to people who make hiring decisions. One thing led to another and I soon had my foot in the door and landed a policy job.”

His advice to newcomers? “Find out what tools are missing from your toolbox to start a career. It takes hours of reflection and analysis and may be painstakingly slow. But it is totally worth it.” He quotes Austin Allison, CEO and founder of dotloop, “Only you have the power to write your own story, so be sure to make it a good one.”