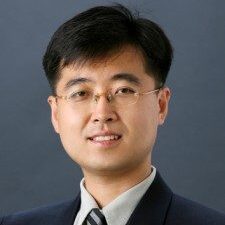 Having worked for LG, the well-known electronics company in South Korea, Harold Jun arrived in Canada in 2010. His wealth of knowledge and skills in information technology soon helped him land a dream job with the Regional Municipality of York as Information Audit Compliance Officer.

But looking for a job matching his skills and experience took time and was stressful. “Although I had good experience, all I could get were jobs like moving computers and plugging them.”

Harold has a master’s in Business Administration; a bachelor’s in Science and is a Certified Information System Auditor (CISA). Though highly educated, he faced language barrier when he was trying to apply for jobs and lacked confidence to meet recruiters.

A job as a casual computer trainer at a Korean media company was his first job. “I had to read up and learn new things to be able to handle different jobs in IT field from Desktop support to System Engineer.”

He got into York University’s bridging program in 2010 in Information Technology stream and credits the program for building his language skills, upping his confidence, teaching him the nuances of professional communications, and enhancing his knowledge of the IT audit scene

“The Jump Start and professional communications courses helped me build soft skills and gave me the confidence to apply for jobs. I learnt how to present myself to a recruiter and showcase my skills.” In his professional courses, he acquired additional skills in project management and consultancy.

The program’s advantages don’t stop with the courses. “York University bridging program includes a mentoring and job coaching program, which I found very useful. Thanks to the coaching I received, I got a 3 month contract position at the ITS department Regional Municipality of York. Luckily, my contract was extended three times until June, 2014.” Finally, owing to a cut in the IT budget, his contract was terminated.

“That was a difficult time. You would think with such good experience in a city office and with good references, one would get a job easily. But no!” He sent about 500 resumes and received only about 20-25 interview calls. One of those, surprisingly, was from York Region. Though Harold had worked there earlier, he had to go through the stringent selection process, which included an hour of presentation, two hours of interview and a written test. “It wasn’t easy. But I was confident because I had picked up presentation skills in my bridging program. And I believe that anyone can succeed when he works really hard to achieve his goal.”

Harold is very proud of his wife and two children, who have found their own space to succeed in Canada. They too struggled to find their feet but have successfully adapted to the new country and new life, he says.

His wife Sunshee has leveraged her Korean language skills and her experience as a teacher to teach as an international language school teacher at York Region District School Board. She is also a Korean Tea Master and has taught at women’s and children’s tea ceremony.

I have learnt a lot from my experiences of job-searching, he says. “I expected to get a job easily because I had two years of experience in the IT field in the government. But it was not so. You cannot be complacent because you already have a job. Even though I have got a secure position in my own field at the Regional Government, I still need to keep upgrading my skills and abilities including communication skills, leadership, and new technologies. I will continue to work at it.”

His way of giving back is by helping those who want to find a job in the government. “I have experience of working in the public sectors such as the Regional Government and a School board. I can leverage this to help others.”