WKLS Prof. Carlo Fanelli talks with yFile about his new book "Rising Up: The Fight for Living Wage Work in Canada" 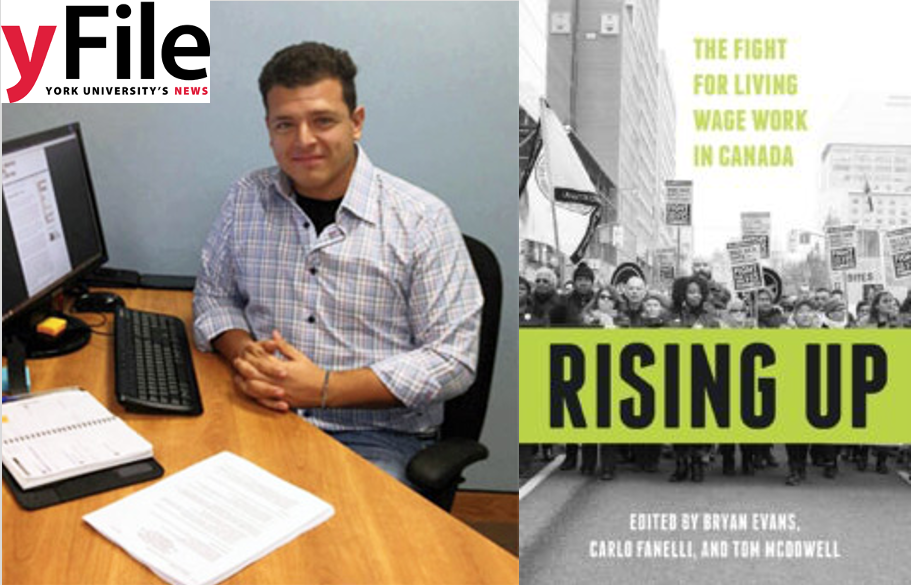 Understanding the differences between minimum wages and living wages has become more important than ever during the COVID-19 pandemic, which highlighted the reality that millions of “essential workers” were not able to put a halt to their services, even during a public health crisis, in order to keep society functioning.

Carlo Fanelli, an assistant professor at York University and coordinator of the Work and Labour Studies program, along with his co-editors, Bryan Evans at Ryerson University and Tom McDowell at McMaster University, explore these issues in a forthcoming book titled, Rising Up: The Fight for Living Wage Work in Canada, to be published later this year. As they argue, low-wage work in Canada is increasingly not just temporary, but rather a long-term reality, with Canada having one of the highest rates of low-wage work among the world’s advanced economies.

"COVID-19 has pulled back the curtain on the contradictions in the labour market today,” McDowell noted. “Despite serving as the bedrock of social and economic activity during the lockdown, and being exposed to a deadly pandemic, low-wage frontline workers are nevertheless forced to continue to struggle for a living wage.”