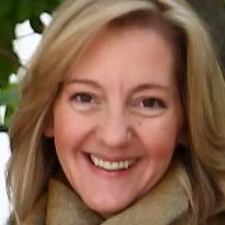 The Value of Experience

It’s often a win-win situation when an internationally educated professional (IEP) is hired to a job equivalent to what they had been doing prior to immigrating to Canada – a win for the employer and the IEP. That is precisely what happened when the Toronto-based hospital University Health Network (UHN) hired Christina Koropouli as Senior Organization and Employee Development Advisor.

Koropouli, who emigrated from Greece, is an HR specialist with an expertise in organizational development, a strategic part of human resources that involves leadership development, as well as the design and delivery of tools for employee relations. Koropouli’s international experience was very attractive to University Health Network.

Bringing in new skills to the workplace
“What really attracted me was Christina’s experience elsewhere, because it reflected what we needed here in this role,” explains Koropouli’s manager, Venita Indewey, Director of Organization and Employee Development at University Health Network. “She knew how to redesign processes, like performance management, and she had done this both as an HR professional within firms and in working with clients in a consulting role at one of the big five consulting companies. She also had handled leadership assessment tools, feedback, coaching, and career planning very deeply -- deeper than anything we had done here. So I thought she would bring that expertise to something that would be new within our organization.”

Indewey says several factors led to Koropouli’s hire, including her in-depth knowledge in organizational development as well as her previous work experience at KPMG, one of the big five consulting firms. UHN’s Organizational Department has a very robust human resources slant to it and they were looking for someone who could fill gaps.

Indewey has worked with many internationally educated professionals and says that their experience can be much more important than the fact that the individual being hired worked in Greece or Germany or somewhere else.

“Some of these multinational firms also are good translators of the type of skillset, approach and methodologies that people will bring with them,” adds Indewey. “The fact that someone has worked at a multinational, such as a big five consulting firm, means that they will bring the disciplines of research, managing clients and project management to whatever work they will do, not matter what country they had worked in. That also was an appealing part of Christina’s background.”

Very little ramp-up required
All of this meant that Koropouli required very little in the way of ramp-up and she quickly led the redesign of the performance evaluation program when she started working at UHN, successfully designing and delivering a new program for the hospital one-and-a-half years later.

Journey to Employment in Canada
Despite the smooth transition into University Health Network, the process of landing a job at the hospital was actually a bit of a journey for Koropouli. She had initially stayed at home to raise her young children during her first three years in Canada, but then decided to re-engage her career. As she began her career search, she discovered that having non-Canadian degrees was a bit of a barrier to landing a position.

It prompted her to look for a bridging program and she ended up choosing York University’s program, in part because it was offered by a university, but also because she felt some of the other available bridging programs that only lasted a month were not complete enough. She was impressed by the curriculum of York’s bridging program.

“I found the curriculum very useful,” says Koropouli. “I felt some of the courses would also compensate for some gaps. I didn’t know the Canadian reality and the laws and regulations and felt a few courses addressed that, too.”

Koropouli also was surprised by other aspects of the program.

“When I enrolled, I didn’t think I needed help with the soft skills, but I actually found these to be the most important ones,” adds Koropouli. “They addressed cultural aspects and I could immediately apply it in my daily life. They were key things that I had to do right away to get a job. How do I introduce myself? How do I go straight to the point? People have a very direct way of communicating here in Canada. It’s the culture here. These are very practical things and communications is a key skill when you are looking for a job.”

She also enjoyed the networking part and felt that being in a class with people from all over the world helped to increase her confidence. She quickly realized that she wasn’t ‘the only person with an accent’.

Koropouli also benefited from having a mentor at TD Bank, who was senior executive and proved to be a big help to get reoriented. She greatly appreciated being able to speak to somebody in her field, while also gaining insight into the business world in Canada. It brought her ‘back in the game’ after being out of the market for a couple of years, having looked after her family.

She leveraged what she’d learned in the bridging program and landed a short three-month contract position at another firm, but wanted more permanence and applied to several other positions while employed. University Health Network was one of the organizations that responded and she received an offer and accepted the position.

“I consider myself very lucky and am grateful to resume my work life,” she adds. “I think the York bridging program created a mindset that was right for me with all of its resources,” says Koropouli.

Time to internalize the changes
Koropouli explains that she believes it takes time to absorb the changes and learning the nuances of employment in a new country.

“If York’s bridging program had been a briefer program like what the other agencies are offering, I don’t think I would have gotten this job,” she explains. “If you do something in three months, you don’t have the time to adjust your mind frame, look for more information, be more open.”

She believes some people really want to do everything as quickly as possible, but thinks that doesn’t always give people the time to internalize changes.

“If you do things too quickly, you don’t allow yourself to change your mind frame, and really listen and understand how you need to communicate … how you need to adjust for this culture … for what kind of roles do you need to be looking for. So I think it was a build-up process.”

She’s enjoying her work at University Health Network, working in a role that is very similar to her last position in Greece, moving her own career forward and helping to play a key role in the hospital’s human resources team.