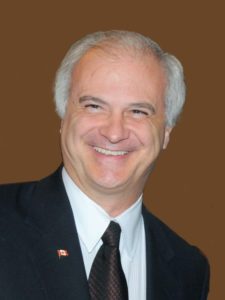 Mark Terry, PhD, is a Fellow of the Royal Society of Canada, the Royal Canadian Geographical Society, and The Explorers Club. He is also Contract Faculty with the Faculty of Environmental and Urban Change at York University in Toronto and serves as the Chair of the ADERSIM Arctic Group and Associate to the UNESCO Chair for Reorienting Education towards Sustainability.

He has worked throughout the global Arctic serving as the Scientist-in-Residence on Adventure Canada’s circumnavigation of Iceland (2018), making the first documented film of a crossing of the Northwest Passage, The Polar Explorer (2011), and teaching at Arctic universities in St. Petersburg and Moscow, Russia. He has also worked in Antarctica with the British Antarctic Survey and the National Antarctic Scientific Center of Ukraine documenting this research in the film The Antarctica Challenge: A Global Warning (2009). In the Spring of 2021, he will be releasing his third installment in his trilogy of polar documentary feature films, The Changing Face of Iceland.

He has been decorated by Queen Elizabeth for this work with her Diamond Jubilee Medal and by The Explorers Club with its Stefansson Medal, the organization's highest honour. In 2015, Canadian Geographic Magazine named him one of Canada’s Top 100 Greatest Explorers of all time.

Mark has worked with the United Nations since 2011 on the Youth Climate Report, providing films of global scientific research to its annual climate summits known as the COP conferences. His pioneering work in documentary remediation for the UN earned him the Gemini Humanitarian Award from the Academy of Canadian Cinema and Television. His current work with GIS mapping was recently recognized by the UN with a Sustainability Development Goals Action Award.

As a scholar, Mark has published several papers in journals and presented them at several conferences. In this past year, he has published the academic book The Geo-Doc: Geomedia, Documentary Film, and Social Change; contributed a chapter to the book Communicating in the Anthropocene; and is currently co-editing a volume of scholarly research on Geographic Information Systems entitled Mapping the Environmental Humanities: The Emerging Role of GIS in Ecocriticism. At the peak of the pandemic last year, he published a book of poems called Pandemic Poetry.

As a Fellow of the Royal Society of Canada, The Explorers Club, the Royal Canadian Geographical Society, and member of the Canadian Council for Geographic Education, the Canadian Network for Environmental Education and Communication, the Association for the Study of Literature and Environment, Mark teaches and speaks regularly through these groups and organizations about the environmental issues affecting the fragile eco-systems of the polar regions and, by extension, the world.

Mark is delighted to co-lead the Planetary Health Film Lab here at the Dahdeleh Institute for Global Health Research.

Check out the newly published article by our Planetary Health Fellow Dr. Byomkesh Talukder and Director of the Dahdaleh Institute...

Nine research assistant positions at the Dahdaleh Institute are open for applications. York University students have the unique opportunity to...

Read more about this Project