From classic texts to graphic novels, through various theoretical approaches, literary genres and national literatures, our department celebrates literary expression in all its forms. York’s English Department equips students with the tools to understand, appreciate and discuss literature across historical and national boundaries, while providing the freedom and encouragement to be creative and pursue independent interests.

What makes us unique:

Choose from an undergraduate or graduate English degree, Creative Writing or a combined major.

Recent discoveries that the bodies of Indigenous children lie in unmarked graves throughout Canada -- 215 graves at the Kamloops Indian Residential School on the lands of the Tk'emlúps te Secwépemc First Nation, 751 at the Marieval Indian Residential School on the lands of the Cowessess First Nation, and 182 at the St. Eugene’s Mission School on the lands of the Ktunaxa Nation -- are reminders that for over 100 years, the Canadian government and the Catholic Church, among others, forcibly separated approximately 150,000 Indigenous children from their parents. The children were placed in residential schools, which worked to sever their ties to their families, their languages, and their cultures. They were often subjected to psychological, sexual, and physical abuse, and their untimely deaths were in many cases undocumented. The Department of English extends its condolences to Indigenous families and communities on the unimaginable loss of their children, and on the pain inflicted by a long and continuing practice of institutional denial and disavowal. We share in their sorrow and outrage, and as scholars take seriously our responsibility to ensure that this history is not forgotten, and that our courses and universities work to redress the wrongs of anti-Indigenous violence and racism. Living on the traditional territories of numerous Indigenous nations, we have a responsibility to honour these lands, the original inhabitants, and their descendants, and we join those demanding a full investigation and a long-delayed serving of justice.

Please read our Land Acknowledgment which recognizes the unique and enduring relationship of Indigenous people and their traditional territory. 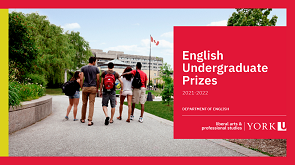 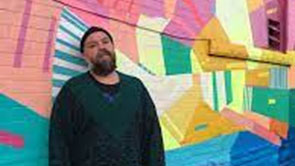 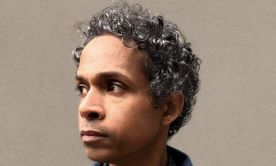 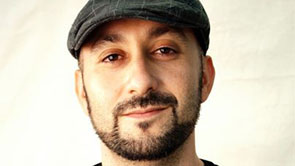 My professors didn't just see me as a student; they saw me as an active creative and critical thinker who could contribute meaningfully to their academic life and work. Even though they had plenty to teach me, every class (including lectures, but especially the small tutorial groups) felt like a collaborative space where different opinions were honoured and deeply considered. Being in classes like these made me more passionate about my coursework than I could have expected, while improving my analytic skills and writing better assignments felt productive and rewarding. It also made me confident that my professors saw me as a human being, that they were willing to adapt their teaching to my goals and interests.

Read more testimonials from our alumni