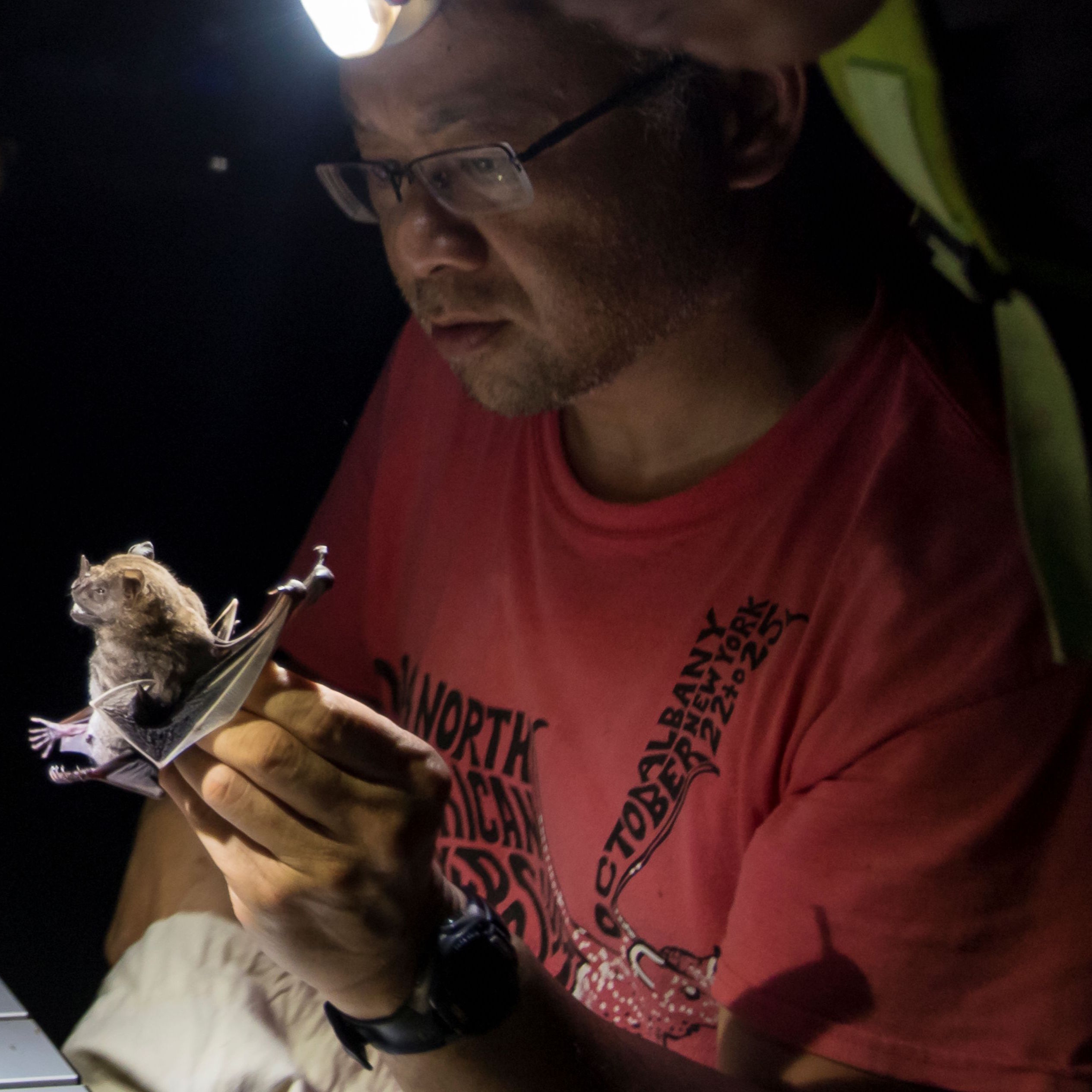 From studying mammals, to having them named after him, Burton Lim (MSc’ ’96) is making an impact as an engaged – and engaging – scientist.

Burton is Assistant Curator of Mammalogy in the Department of Natural History at the Royal Ontario Museum in Toronto, where he researches mammals and biodiversity. He supports the museum’s collection and knowledge mobilization efforts by bringing research to life for the public through dynamic exhibits, lectures and experiences. In 2014, Burton was part of a team from the ROM that harvested a blue whale in Newfoundland and re-assembled it to create a stunning and wildly successful exhibit at the museum, which included a variety of accessible and interactive educational displays about the magnificent endangered species.

Burton has visited 22 countries (so far) to conduct fieldwork on mammals, sometimes bringing along groups of curious citizens, engaging them in observing and collecting information on species. His research interests focus on the evolution and biodiversity of mammals with a specialization on tropical bats. In 2014 a new species of Bat was named after him. The Bat, officially known as Sturnira burtonlimi or Burton's Yellow Shouldered Bat is found in Costa Rica and Panama.

Burton’s dissertation examined the molecular phylogenetics of New World sheath-tailed bats (Family Emballonuridae), their origin, divergence times, biogeography in Central and South America, and the evolution of morphological and behavioural characters. Burton continues this integrative approach on other groups of mammals.

Dr. Lim is also participating in the International Barcode of Life (iBOL) project to create a genetic reference system for species identification and discovery of mammals.

Since 2011, Burton has been collaborating with Operation Wallacea on monitoring biodiversity at Iwokrama Forest and Surama Village in central Guyana, including bats, to track changes in the ecosystem.