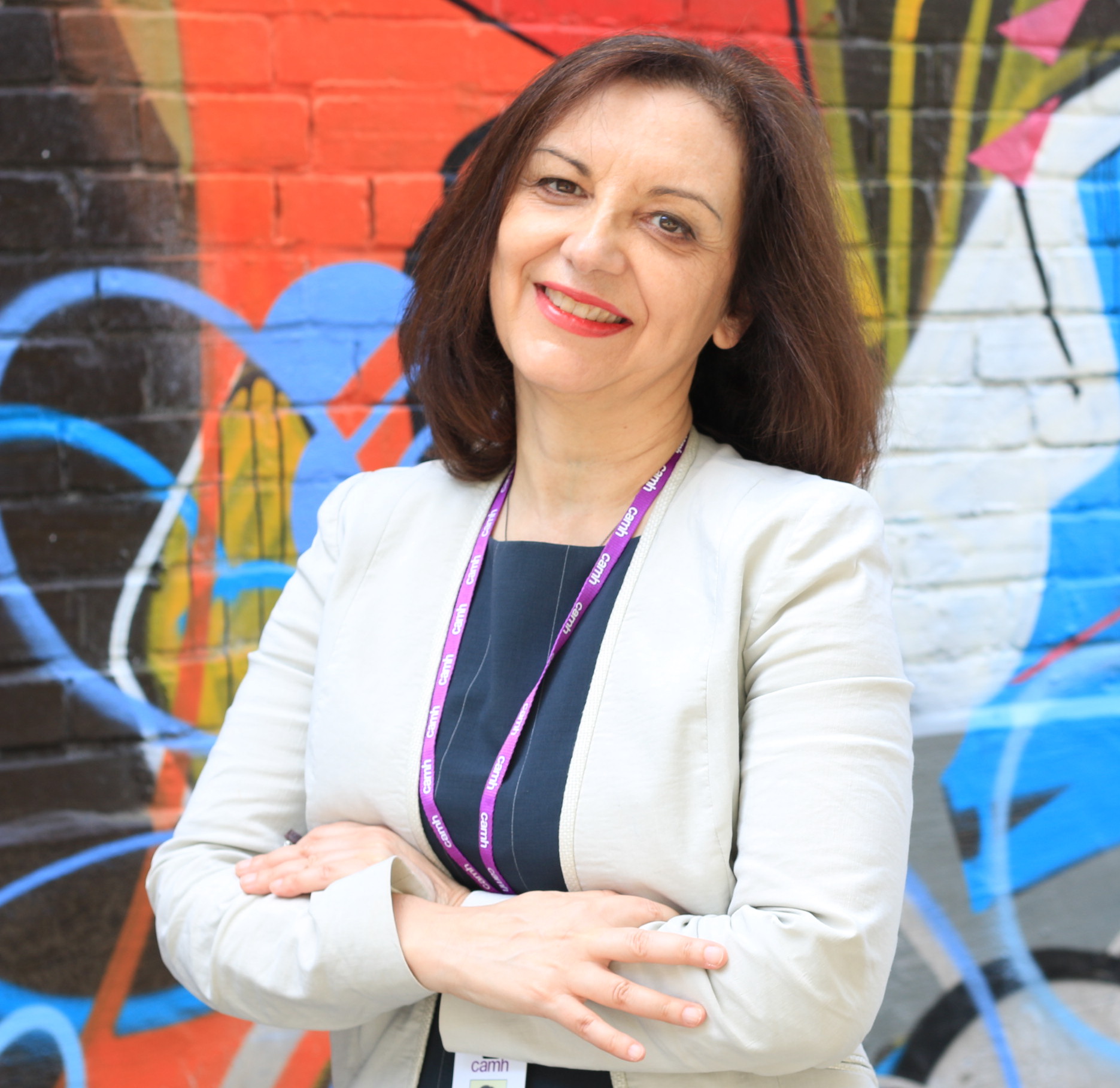 Vicky Stergiopoulos (BsC ’82) has dedicated her clinical and research career to improving access to care and outcomes for our city’s most vulnerable - those experiencing homelessness and mental health challenges.

Vicky is Physician-in-Chief at the Centre for Addiction and Mental Health (CAMH) in downtown Toronto, responsible for overseeing 400 physicians who treat thousands of patients every year. An advocate for the improvement of health services for disadvantaged populations, Vicky’s practice and research focuses on community based interventions for those who are homeless or who require regular access to services and supports.

Vicky came to Toronto from Greece in the late 70’s and taught Greek language part time to save up for her first year of studies in Chemistry at York University. She completed her studies while raising her son and relying on student financial support, winning the Governor General’s Gold Medal Award upon graduation and being featured in the Toronto Star. “I was humbled that as a foreign student from  Greece I could be recognized with such a prestigious award”, recalls Vicky, “I saw it more as a reflection of the inclusivity of York, and the tremendous support I received there.”

Vicky has since established an academic and clinical career with great impact at the local, provincial, and national levels, contributing to Canada’s ‘housing first’ policy framework, influencing health policy and systems improvements, and maintaining a clinical practice half a day a week with homeless clients living in shelters across Toronto.

Prior to joining CAMH in 2016, Vicky worked at St. Michael’s Hospital for 14 years, first as Staff Physician, and from 2011 to 2016 as Psychiatrist-in-Chief.  She also  served as a clinician scientist at the Centre for Urban Health Solutions at  the Li Ka Shing Knowledge Institute.

Vicky is full professor at the University of Toronto and serves as the Vice Chair, Clinical and Innovation in the Department of Psychiatry at U of T.

Vicky serves on a number of boards and government advisory committees. She has held a Ministry of Health and Long-Term Care Career Scientist Award, a Canadian Association for Medical Education Award, a Recognition Award by the Ontario College of Family Physicians as well as the Henry Durost Award for Excellence in Creative Professional Activity in the Department of Psychiatry at the University of Toronto.

She encourages students today to “follow your heart and do what you love.” She felt a calling to become a psychiatrist, during her medical training at Dalhousie University, and has never looked back. The patients, communities, and institutions she has served are all the better for it.