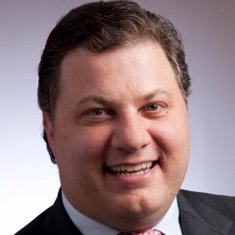 When a young Emanuele Bergagnini (BA Economics ’87, BA Math ‘89) arrived at York University, he originally planned to become an engineer – as his father had. For his father, Sergio, being an industrial and aeronautical engineer had been a great career choice. But as his experience at York unfolded, Emanuele was introduced to different options and career paths which helped open his mind and find his own calling. Today, Emanuele is Senior Client Portfolio Manager for the Growth Equities Investment Team, and Senior Quantitative Analyst at OppenheimerFunds in New York City, in the heart of the global financial industry.

“I went to high school at Trinity College, a boarding school outside of Toronto. After that I wanted to be back in Toronto where my family was,” Emanuele says. “I had a lot of friends who went to Western and Queens, but I was looking for something different and choose York instead.”

York was indeed a different, and a highly formative time for Emanuele. At first he did pursue engineering, and as an involved member of Calumet College he made many new friends and enjoyed playing torch hockey and learning to play bridge. But then a mandatory economics course (something he would have skipped otherwise) changed the course of his student career, and enabled him to find the field where he would eventually thrive.

“By far my best experience at York was spending time in Professor Jim Laxer’s Political Economy of Labor course. I had the opportunity to get to know Jim personally in that course – a fantastic man, author and professor. It was a class that opened my mind up to consider other areas and professions that I wouldn’t have contemplated before, such as finance” says Emanuele.

After taking the Canadian Securities Course during his reading week one semester, he was ‘hooked’ on the science of high finance. Emanuele went on to earn degrees in both Economics and Mathematics at York, while continuing his investment focus by taking the Canadian Options and Futures course as well, which laid the foundation for a career in his chosen field. After graduation, Emanuele received his Chartered Financial Analyst (CFA) designation, and then earned his MBA from the Ivey School of Business at University of Western Ontario.

With over 26 years of industry experience in the financial field, Emanuele continues to be grateful for all his academic experiences, and especially for the formative years he spent at York University, which put him on the path to a fulfilling career in a field that continues to provide continual appeal, interest and challenge.

“The combination of my experience and background, allows me to use my cerebral analytical skills, while also allowing me to interact with clients on a personal level,” Emanuele says. “I think York offers the tools you need to identify and specialize in your area of interest. If you do what you love, it’s not work. It doesn’t matter what you do – whether it’s finance, like me, or being an engineer, a teacher, or any other profession, it’s really important pursuing what you want to do – but you need help and tools to explore your options to reach your goals, and York University definitely provides that for you. It certainly did that for me.”